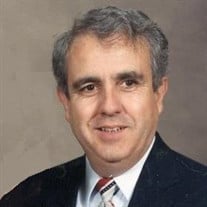 Stratham – After spending Christmas surrounded by the family he loved, Adelard Joseph “Al” Thisdale, Jr., 78, of Stratham, passed away peacefully on Saturday, December 26, 2015 at his home. He was born July 29, 1937 in Portland, CT, the son of the late Adelard J. and Irene (Robida) Thisdale. Al was raised in Portland, CT. He met and fell in love with Rosemarie Grasso while working as teenagers together at Woolworth’s in Middletown, CT and they were married in October of 1958. Al earned his Bachelor’s Degree from the University of Colorado and his Master’s Degree from the University of Missouri. After completing his degrees, he was commissioned, and retired from the Air Force in 1977 as a Captain. Al enlisted in the United States Air Force shortly after high school and he and Rosemarie raised their family at many different locations as his Air Force assignments dictated. He and Rosemarie moved to New Hampshire after his retirement and eventually settled on the Seacoast in 1994. Following his retirement, Al entered the field of accounting, served as president of the New Hampshire NAA in 1987, and acted as managing accountant at Custom Pools of Newington for the last 20 years. He was a faithful communicant of Our Lady of the Miraculous Medal Church in Hampton where he served as an acolyte and lector, a volunteer with the St. Vincent de Paul Society and an active part of the food pantry program. He was an avid bowler and bowled in the Tri-City Bowling League of Dover for many years. Al was a devoted father and grandfather. He coached his children's softball and baseball teams during his early years. Later, he became a fixture at North Hampton Soccer events and Portsmouth little league baseball games where he was known simply as "Kara's" or "Duncan's" grandfather. In addition to his beloved wife, Rosemarie (Grasso) Thisdale, Al leaves his daughters, Sheryl Bagley and her husband, Paul of Newington and Lisa Martin of North Hampton; his son, Scott Thisdale of St. Marys, OH; his grandchildren, Wesley Asheim and his wife Anya, Duncan Hansen, Kara Martin and Andrew Bagley and his great grandchildren, Jacob and Thaddeus Asheim. He was predeceased by his parents, his infant son, John Thisdale and his sister, Leona Trudel. Visiting hours will be from 5 to 7 pm on Wednesday, December 30, 2015 in the Remick & Gendron Funeral Home - Crematory, 811 Lafayette Rd., Hampton. A Mass of Christian Burial will be celebrated at 10 am on Thursday at Our Lady of the Miraculous Medal, 289 Lafayette Rd., Hampton. Burial with full military honors will be in the Newington Cemetery. Family and friends are respectfully invited. In lieu of flowers, memorial donations may be made to the St. Vincent de Paul Society, C/O Our Lady of the Miraculous Medal, 289 Lafayette Rd., Hampton, NH 03842.

The family of Adelard J. Thisdale Jr. created this Life Tributes page to make it easy to share your memories.

Stratham – After spending Christmas surrounded by the family...

Send flowers to the Thisdale family.