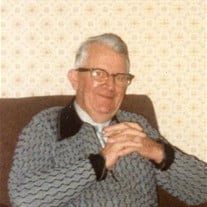 North Hampton – Adelbert S. “Pete” Blaney, 98, of Rye and a former longtime resident of North Hampton, died Friday, February 5, 2016 at Webster of Rye. He was born January 7, 1918 in Kittery, ME the son of the late Carroll S. and Esther L. (Gerry) Blaney and was the stepson of the late George E. Whenal. Mr. Blaney attended school at Centennial Hall in North Hampton and graduated from Portsmouth High. It was at school in North Hampton where he met his future wife, Ethel Degen and they were married in the North Congregational Church at Market Square, Portsmouth on April 12, 1941. Pete completed the machinist course at the Portsmouth Naval Shipyard in 1942 and as a machinist, he worked on the USS Albacore as well as many other submarines. During the Bicentennial when the USS Constitution “Old Ironsides,” was being refurbished, he personally manufactured one of the gun mount replacement parts. He retired in 1976 with nearly 35 years of service as a machinist in Shop 31. He was a veteran of the Army and served in Italy during WWII as a medic with the First Battalion of the 350th Infantry. He was a member of Hampton’s American Legion Post 35, Hampton Senior Citizens, National Association of Retired Federal Employees, former member of the International Association of Machinists and an honorary member of the Rockingham County Sheriff’s Association. He and his wife Ethel enjoyed gardening, eating out at restaurants, and taking trips with the Senior Citizens’ groups. Pete is survived by his wife of 74 years, Ethel (Degen) Blaney, his sisters, Gloria Ajemian and Marilyn Grant and many nieces and nephews. He was predeceased by his sisters, Mildred Blaney and Isabelle Hobbs, his brother, Kenneth Blaney and his niece, Hope Conery. Visiting hours will be from 11 am to 12 pm on Friday, February 12, 2016 in the Remick & Gendron Funeral Home-Crematory, 811 Lafayette Road, Hampton. Services will follow at 12 noon in the funeral home. Burial will be in the Center Cemetery, North Hampton. Relatives and friends are respectfully invited.

The family of Adelbert S. "Pete" Blaney created this Life Tributes page to make it easy to share your memories.

Send flowers to the Blaney family.