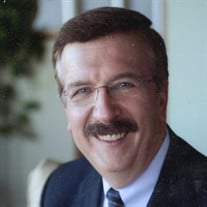 Rye - Albert Willard Blake, Jr., 60, of Rye and formerly of Greenland and Manchester, died suddenly on Wednesday, January 27, 2016. Mr. Blake was born August 18, 1955 in Ballston Spa, NY, son of Albert W. Blake, Sr. of Amherst and the late Geneva (Toof) Adams. Al was raised and educated in Manchester and was a 1973 graduate of Trinity High School. After high school, he attended Saint Anselm College and worked in broadcast management for a number of years. He married his true love, Linda (Gerber) Chestney in 1984 and shortly after he and Linda married, Al completed his degree in marketing and management from Southern New Hampshire University. He began his career in the financial services industry with Northwestern Mutual Financial Network of Manchester before founding his own business, Seacoast Financial Network, LLC of North Hampton. He was a long-time member of MDRT (Million Dollar Round Table) Top of the Table every year since 1998. Al was a member of National Association of Insurance and Financial Advisors (NAIFA) past president NH, a NAIFA national Sales Achievement Award recipient, NAIFA multiple recipient of National Quality Awards, and a recipient of NAIFA-NH Distinguished Financial Advisor Award. Al was a devoted and loving Christian man, a great listener with a keen sense of humor, and made friends easily. He and Linda were active parishioners at Bethany Covenant Church in Bedford before moving to the Seacoast and becoming just as involved with the Bethany Church in Greenland, where they were involved with marriage mentoring. Al aso was a leader in the men’s ministry team, and a couple’s small group leader. In recent years, Al and Linda have been members of Evergreen Covenant Church in Sanford, ME. He loved music and participated in the church’s music ministry where he played percussion. The last few years, he took up playing golf and enjoyed cycling and running. In addition to his father and Linda, his beloved wife of over 31 years, Al also leaves his son, Jason A. Blake and his wife Angela of Swanzey; his daughter, Amy M. Blake of Keene; his siblings, Wayne Cunan of Londonderry, Patrick Cunan of Manchester, John Blake and his wife Delores, also of Manchester and Maureen Hamel and her husband Michael of Raymond. Al is also survived by his dear and beautiful grandchildren, Connor and Hailey. Family and friends may visit from 4 to 7 p.m. on Monday, February 1, 2016 in the Remick and Gendron Funeral Home – Crematory, 811 Lafayette Rd., Hampton. A Celebration of Life Service will be held at 10 a.m. on Tuesday at Bethany Church, 500 Breakfast Hill Rd., Greenland. Burial will be private. If desired, the family requests memorial donations to Evergreen Covenant Church, 1861 Main St., Sanford, ME 04073.

The family of Albert W. Blake Jr. created this Life Tributes page to make it easy to share your memories.

Send flowers to the Blake family.