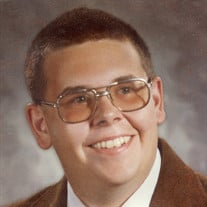 Seabrook – Albert Nason Weare, 56, of Seabrook, died suddenly on Monday, March 21, 2016 at Exeter Hospital. His mother, Margaret B. “Peg” Weare died March 28, 2016 also at Exeter Hospital after a period of failing health. He was born on June 30, 1959 in Kittery, ME, a son of E. Albert Weare of Seabrook and the late Margaret B. (Weir) Weare. Albert was an early graduate of Winnacunnet High School with the Class of 1978 where he was a member of the marching band. After graduation he enlisted in United States Marine Corps. Upon his honorable discharge, Albert worked for many years at the Seabrook nuclear plant in document control. He had been most recently employed with Foss Manufacturing of Hampton. When not working, Albert loved playing darts and was a member in local dart leagues. He enjoyed going to the many county fairs around New England during the fall season. His other interest included comic books, cribbage, chess, and music. In addition to his father, family members include his brother, Alexander Weare of Seabrook and his sisters, Marcell Weare of Dover and Tina Weare of Seabrook. He also leaves his cousins whom he treated as nephews, Matthew Denis and Austin Denis and Scott Hamel. Visiting hours for Albert and his mother Peg will be from 2- 5 P.M. Sunday, April 3, 2016 in the Remick & Gendron Funeral Home-Crematory, 811 Lafayette Rd., Hampton. Graveside services will be held at 11 A.M. Monday, April 4, 2016 in the Hillside Cemetery, Seabrook. Relatives and friends are respectfully invited. Family flowers only. If desired donations may be made to the Seabrook Community Table, 18 Boynton Lane, Seabrook, NH 03874 or to a charity of one’s choice.

The family of Albert N. Weare created this Life Tributes page to make it easy to share your memories.