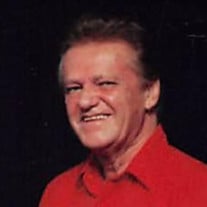 Hampton – Alfred “Roy” Young, 78, of Hampton, formerly of Manchester, died Monday, January 11, 2021 at his home with family by his side. He was born in Manchester, June 3, 1942 a son of the late Freeman and Mildred (Prescott) Young. Roy graduated from Manchester High School West and completed apprenticeships in both construction and carpentry. After spending several years as a cross country truck driver, he went on to become a master carpenter, specializing in finish carpentry, and overseeing the construction of many new homes in the California Bay Area. For the past 17 years, he made his home in Hampton. In his earlier years Roy played the drums, first in the high school marching band, then in the Manchester band, The Visions, and later in a Disneyland house band. He enjoyed music, fishing, gardening, yard sales, cooking and astronomy. He shared 17 years of marriage with his wife Virginia F. (Rowe) Young. In addition to his wife he leaves his daughter, Kimberly Pfeiffer and her husband Christopher of Goffstown, three stepchildren, Gilbert, Todd and Scott Blaisdell, two sisters, Marilyn Morin and Ann Pelletier, nieces and nephews. He was predeceased by his brother Freeman Young, Jr. and his stepson, Joey Blaisdell. Roy’s favorite quotation. "Don't cry because it's over; Smile because it happened." - Dr. Seuss Private services will be held at the convenience of the family. Arrangements are by the Remick & Gendron Funeral Home-Crematory, Hampton.

The family of Alfred Roy Young created this Life Tributes page to make it easy to share your memories.

Send flowers to the Young family.