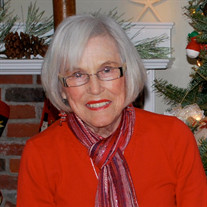 Rye – Amy B. Appleton, 86, of Rye, formerly of Hampton and Hilton Head, NC, passed away peacefully on Sunday, March 11, 2018 after an extended illness. She was born in Appleton, MN on April 6, 1931, a daughter of the Arthur A. and Alvina (Rau) Stock. Amy was raised in Appleton and graduated from Willmar High, Willmar, MN, with the Class of 1949. She married soon after graduation and settled in Appleton, MN, to raise her family. After many moves associated with being a military family, Amy eventually made her home in Hampton in 1966. She and her late husband, Robert J. Appleton, Sr., lived in Hilton Head, NC for 15 years before making their home in Southbridge, MA. She moved to Rye in 2000 after the death of her beloved Robert. Her first love was her family and she especially enjoyed the times with her grandchildren. Amy also loved music. She was an extraordinary piano and organ player, had performed at many recitals and had served as president of the Appleton Music Club for many years. She was always active in her community and her church where she taught Sunday School and sang in the choir. She was successful real estate agent in the Seacoast area, as well as a bank loan officer. She and Bob were avid golfers and past members of the Abenaqui and Rochester Country Clubs and the Moss Creek Country Club in Hilton Head. Family members include her daughters, Constance Jones of Denver, CO and Catherine Epperson and her husband Bill of Rye; her stepchildren, Robert Appleton, Jr. and his wife Pamela of Brimfield, MA, and Barbara Appleton of VT; and her grandchildren, Marcus Callahan, Amy Jackson, Robert Jones, Seth and Spencer Epperson and Amanda Puglisi and her 7 great grandchildren. In addition to her husband, she was predeceased by her brothers, Ralph and Donald Stock and her sisters, Delores Simon and Laverna Morkin. Services will be held at 11 am on Tuesday, April 17, 2018 at the Bethany Church, 500 Breakfast Hill Rd., Greenland. A reception will follow the service and burial will be in the Central Cemetery, Rye. Arrangements are by the Remick & Gendron Funeral Home - Crematory, Hampton. Flowers will be most appreciated but if desired, donations may be made to the NH Association for the Blind, or the American Cancer Society.

The family of Amy B. Appleton created this Life Tributes page to make it easy to share your memories.

Send flowers to the Appleton family.