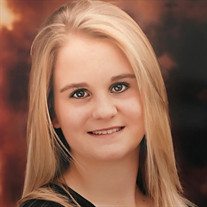 Stratham – Andrea Batchelder, 26, of Lebanon, NH and formerly of Stratham, died Wednesday, October 30, 2019, at the Kaplan Hospice House in Danvers, MA after a 5-year battle with ovarian cancer. Born in Portsmouth, on February 11, 1993, she was the daughter of Nathan and Brenda (Jumpre) Batchelder. She is survived by her brother Nathan, sister-in-law Emily, niece Lexi of Stratham; fiancé Tyler Mendenhall of Lebanon, NH; in addition to substantial extended family spread largely across New England. Andrea graduated from Exeter High School in 2011 where she captained the girls’ varsity basketball team and enjoyed a successful run competing on the national stage as a member of the Exeter Hawks AAU basketball team. She then proceeded to the University of New Hampshire, graduating in 2015 with a B.S. in Medical Laboratory Science. Upon discovering her passion for the sciences, she began working in the hematology laboratory at Dartmouth-Hitchcock Hospital in Lebanon. Confident as she was considerate, Andrea shared many passions as a pet lover, creative cook, and music enthusiast. A true inspiration to all those with whom she met, her competitive spirit, sense of humor, and relentless optimism never wavered. Living bravely in the face of her diagnosis, she never let cancer define her. Some of her favorite days were spent hiking in the White Mountains with her fiancé Tyler and dog Aria, or a competitive family game night at home alongside her cat Tormund. The Batchelder family invites all those wishing to pay their respects to a wake in Andrea’s honor from 4:00 to 8:00 PM Tuesday, November 12th at the Remick & Gendron Funeral Home-Crematory, 811 Lafayette Road, Hampton. Additionally, a celebration of life will be held from 12:00 to 1:00 PM Wednesday, November 13th at Bethany Church, 500 Breakfast Hill Road, Greenland. This will be followed by a graveside burial at Center Cemetery on Post Road in North Hampton. In lieu of flowers, memorial donations may be made in her memory to the NHSPCA in Stratham, NH.

The family of Andrea M. Batchelder created this Life Tributes page to make it easy to share your memories.

Send flowers to the Batchelder family.