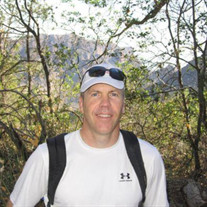 Hampton - Andrew Edward Travnicek, 50, of Hampton, NH passed away unexpectedly on Friday, August 20, 2021 doing what he loved. Andy had a tremendous zeal for life and sought to make the most of each moment. Andy was raised in Southbridge, MA. During his high school years, his family relocated to Coral Springs, FL. After graduating from Coral Springs High School, he attended the United States Air Force Academy (USAFA) and graduated in 1993 with a BS degree in Aeronautical Engineering. While at the Academy, he learned to fly gliders and became an instructor. Upon graduation from USAFA, Andy attended Euro-NATO Joint Jet Pilot Training at Sheppard Air Force Base, TX. During his 20 year Air Force career, Andy flew the C-21 Learjet, Lockheed C-5 Galaxy (including Special Operations Low Level missions), Beechcraft T-34C Turbo-mentor with the US Navy, Beechcraft T-6 Texan II and Beechcraft MC-12 Liberty aircraft. He also completed deployments to Qatar, Afghanistan and Spain. Andy earned his MBA from NOVA Southeastern University in 1997. Five years into his Air Force career, he met and married Sandy, a fellow officer with whom he could share his passions for aviation, adventure and service. After retiring from the Air Force in 2013, Andy and Sandy joined JetBlue Airways. Andy was passionate about sharing his talents and gifts with others and was especially focused on helping people achieve their dreams of flying. He dedicated his time to various organizations, including Daedalians, Angel Flight and EAA Young Eagles. Additionally, Andy was a flight instructor at Hampton Airfield. His impact and legacy will continue on in the lives of many. Andy volunteered and flew with the Commemorative Air Force, a non-profit organization whose mission is to ‘Educate, Inspire and Honor’ through preservation and presentation of World War II era aircraft. He flew SNJ/T-6 Texan and Stearman aircraft to provide a living history flight experience. Andy also flew SNJ aircraft with the GEICO Skytypers. In addition to aviation, Andy enjoyed riding motorcycles, training for and competing in triathlons, hiking, paddle sports, photography and eating a good meal. He had a strong Christian faith and treasured his relationships with family and friends. If Andy was your friend, he was a friend for life. He is survived by his wife of 22 years, Sandy, his parents Edward and Dorothy of Hampton, NH, his sister Julie Burns and her husband Jamey and their sons Cole and Jameson of Roopville, GA. Visitation will be held at Remick & Gendron Funeral Home-Crematory, 811 Lafayette Road, Hampton, NH 03842 on Sunday, August 29, 2021 from 2pm – 4pm. A memorial service will be held on Monday at 2pm at the Bethany Church, 500 Breakfast Hill Road, Greenland, NH 03840. In lieu of flowers, donations may be made in memory of Andy to the Commemorative Air Force, or by mail to Commemorative Air Force, Development Office, PO BOX 764769, Dallas, TX 75376; to Samaritan’s Purse, PO BOX 3000, Boone, NC 28607; or to the charity of your choosing. Click Here to view the live streamed service.

Hampton - Andrew Edward Travnicek, 50, of Hampton, NH passed away unexpectedly on Friday, August 20, 2021 doing what he loved. Andy had a tremendous zeal for life and sought to make the most of each moment. Andy was raised in Southbridge,... View Obituary & Service Information

The family of Andrew E. Travnicek created this Life Tributes page to make it easy to share your memories.