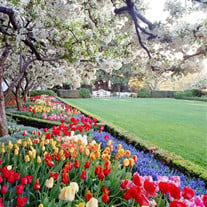 Rochester – Anita Pearl Chouinard Shaw, 96, of Rochester, and a former longtime resident of Hampton, passed away peacefully on Thursday, August 3, 2017 at the Rochester Manor. Anita was born in Newburyport, MA on April 6, 1921, the youngest daughter of the late Henry J. and Mary A. (Turcotte) Chouinard. She was raised in Newburyport, and graduated from Newburyport High with the Class of 1939. Anita met her future husband, the late Hollis “Jim” Matthew Shaw, in 1946, at Lamie’s Tavern in Hampton. She and Hollis were married in 1948 and settled in Hampton to raise their family. They owned and operated Woodland Construction for many years and founded Shaw Realty in the 1970's. They retired in 1978 and moved to New Smyrna Beach, FL, where they lived for over 30 years. Together they joined several golf leagues, which Anita would joke is where she learned how to swear. She was an avid reader, baker, and cook. Anita and Hollis loved New Hampshire and returned home every summer. Family members include her sons, James Shaw, and his wife Priscilla, of Barrington, and Peter Shaw, and his wife Lynn, currently residing in Costa Rica. She also leaves her grandchildren, Jaime & Jillian, Kristopher & Scott, and Lauren & Charlie, her great grandchildren, Trevor & Macy Gail, her brother, Robert “Boots” Chouinard, and many nieces, nephews, and extended family. In addition to Hollis, her husband of over 60 years, Anita was predeceased by her sisters, Cecilia Niergarth, Eleanor Haley Murphy, Irma Holmes, Muriel Morrill, and Alberta Haynes, her brother, Lionel Chouinard, and her daughter Susan. A Mass of Christian Burial will be celebrated at 11am on Monday, September 11th, 2017, at Our Lady of the Miraculous Medal Church, 289 Lafayette Rd., Hampton. Burial will follow in the High Street Cemetery, Hampton. In lieu of flowers, memorial donations may be made to www.CatholicCharitiesUSA.org.

Rochester &#8211; Anita Pearl Chouinard Shaw, 96, of Rochester, and a former longtime resident of Hampton, passed away peacefully on Thursday, August 3, 2017 at the Rochester Manor. Anita was born in Newburyport, MA on April 6, 1921, the youngest... View Obituary & Service Information

The family of Anita C. Shaw created this Life Tributes page to make it easy to share your memories.

Send flowers to the Shaw family.