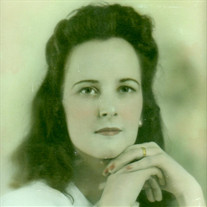 Seabrook – Ann Kimball, 94, of Seabrook and a former longtime resident of Hampton, passed away peacefully at her daughter’s home, surrounded by loving family, on Wednesday, November 6, 2019. She was born in Newburyport, MA on September 1, 1925, a daughter of the late Raymon VanAmburgh and Florence (Bradbury) Main. Ann was happily married for over 66 years to the late Howard Kimball who predeceased her in 2013. Ann was raised in Newburyport and in 1947, met her soon to be husband, Howard, on a double date. They married in 1948 and lived in Amesbury and Salisbury, MA before settling in Hampton to raise their family. She worked as a dental assistant with Dr. Barr in Hampton for several years, and also in Guam. Howard was employed at the Portsmouth Naval Shipyard and his job took him to Guam on two separate occasions. Ann and Howard lived on Guam for over 9 years combined and were able to visit many locations around the globe. She possessed a beautiful singing voice and in her earlier years she sang on Boston radio with the Jim & Dick Show. Wherever Ann lived she became involved with the church, whether participating in bible groups or singing in the choir. She enjoyed doing all sorts of puzzles and was a talented needlework craftsperson, seamstress and artist. She was a caring and loving wife, mother, grandmother and great grandmother and her family was her life. The grandchildren and great grandchildren will always remember her telling them Bible stories and singing with them. Left to cherish her memory are her son, Robert Cecil of Plum Island MA, daughters, Donna Gerrish and her husband Glen of Salisbury MA and Mickey Locke and her husband Ron of Seabrook. She also leaves her grandchildren, Jill Mandragouras and husband David, Edward Gerrish and wife Shelley, Mechelle Gerrish, Jason Gerrish and wife Amy, Kelly Lague and husband Christopher, Karin McDermott and husband Neil, and her 15 great grandchildren. In addition to her parents and her beloved Howard, Ann was predeceased by her brothers, Raymon and Edward VanAmburgh and her sister, Beatrice Bodwell. Services will be held at 11 AM on Saturday, November 16, 2019 at the First Baptist Church of Hampton Falls, 3 Lincoln Ave., Hampton Falls, NH 03844. Burial will follow in the Hillside Cemetery, Seabrook.

Seabrook &#8211; Ann Kimball, 94, of Seabrook and a former longtime resident of Hampton, passed away peacefully at her daughter&#8217;s home, surrounded by loving family, on Wednesday, November 6, 2019. She was born in Newburyport, MA on September... View Obituary & Service Information

The family of Ann Kimball created this Life Tributes page to make it easy to share your memories.

Seabrook – Ann Kimball, 94, of Seabrook and a former longtime...

Send flowers to the Kimball family.