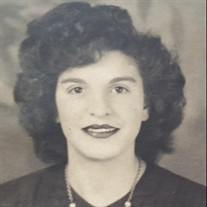 North Hampton – Anna E. (King) Eaton, 90, of North Hampton, died Tuesday, August 22, 2017, at Webster at Rye with loving family by her side. She was born in Haverhill, Mass., October 10, 1926 a daughter of the late William and Della (Jellison) King. Anna was raised in Haverhill, and moved to the seacoast area in 1950’s. She was member of the United Church of Christ in North Hampton for 50 years. In her earlier years she was also a dedicated member of the Winnacunnet Band Boosters and was an avid bowler and could often be found at the Exeter Lanes bowling. Mrs. Eaton shared 56 years of marriage with her late husband Arthur W. Eaton. Family members include her son, Donald B. Eaton of Rochester, NY, her daughter, Debra Eaton of North Hampton, grandchildren Bronwyn and Marius Eaton both of Fairport, NY, 50 nieces and nephews. She was predeceased by 8 sisters and 10 brothers. Anna’s family would like to extend heartfelt thanks and gratitude to the staff of Webster at Rye. Their kindness, care and compassion has been greatly appreciated. Visiting hours will be from 6-8 P.M. Friday, September 1, 2017 in the Remick & Gendron Funeral Home-Crematory, 811 Lafayette Road, Hampton. Services will be at 1 P.M. Saturday, September 2, 2017 in the United Church of Christ, North Hampton. Burial will be at 12:30 PM Saturday in the Center Cemetery, North Hampton prior to the memorial service. Relatives and friends are respectfully invited. In lieu of flowers, donations may be made to the United Church of Christ 295 Atlantic Avenue, North Hampton, NH 03862.

The family of Anna E. Eaton created this Life Tributes page to make it easy to share your memories.