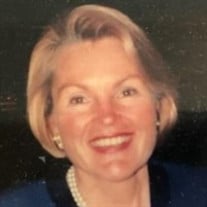 North Hampton – Anne W. Shea, 71, of North Hampton, formerly of Rye, Hampton, South Hampton, and Belmont, Massachusetts passed away, with the love of her family surrounding her, on Monday, May 9, 2022, at Exeter Hospital, after a period of failing health. She was born in Detroit, Michigan, the daughter of the late Donald and Elizabeth (Wilder) Weismann. Anne was raised in Austin, Texas, and graduated from St. Stephen’s Episcopal High School. During her childhood, Anne enjoyed riding and caring for her horse and many pets. Taking a keen interest in academics, Anne completed her bachelor’s degree from Middlebury College in Middlebury, Vermont. She later attended the Boston University School of Law and the New Hampshire Police Academy, where she graduated at the top of her class. The majority of Anne’s professional career was spent as an administrator and Vice President at Boston University. During her 30-year tenure at Boston University, she made life-long friends, mentored countless colleagues, and touched the lives of practically every student she met. Prior to her time at Boston University, Anne served as a Selectwoman in South Hampton. A woman of many talents and interests, she also had a law enforcement career that spanned several years, working as a police officer in South Hampton and the University of New Hampshire, culminating in the rank of Deputy Chief with the Boston University Police Department. After retiring from Boston University, Anne worked as a real estate agent for Carey & Giampa Realtors and volunteered as a court advocate for abused and neglected children with CASA of New Hampshire. Anne made her home on the seacoast for the past 10 years. She enjoyed decorating her home and gardening, spending time at the beach, searching for sea glass with her family, and traveling. She was also an avid reader and lover of animals. Some of her favorite memories were of family vacations. Anne was a devoted friend to many and always made time to listen and help; she touched countless lives with her generosity and kindness. She leaves her children Jacob Verge and his wife Mary of East Kingston, her daughter Natalie Verge of North Hampton, two grandchildren Nathan and Andrew, her brother Christopher Weismann of Maine and the father of her children Richard Verge of South Hampton. Anne was predeceased by her loving husband Robert T. Shea and her parents, Donald and Elizabeth. Visiting hours will be from 5-7 P.M. Thursday, May 19, 2022 at the Remick & Gendron Funeral Home-Crematory, 811 Lafayette Road, Hampton. Services will be at 11 A.M. Friday, May 20, 2022 in the funeral home. Relatives and friends are respectfully invited. A private burial will be held at a later date. In lieu of traditional remembrances, donations may be made to the New Hampshire SPCA P.O. Box 196, Stratham, NH 03885 or to CASA of New Hampshire PO Box 1327, Manchester, NH 03105.

North Hampton &#8211; Anne W. Shea, 71, of North Hampton, formerly of Rye, Hampton, South Hampton, and Belmont, Massachusetts passed away, with the love of her family surrounding her, on Monday, May 9, 2022, at Exeter Hospital, after a period... View Obituary & Service Information

The family of Anne W. Shea created this Life Tributes page to make it easy to share your memories.