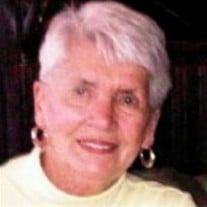 North Hampton – Arlene L. Mowry, 82, passed away suddenly on April 22, 2019, at her home in North Hampton, with her son by her side. Arlene was born in Manchester on February 17, 1937, daughter of the late Charles and Lillian (O’Reilly) Mowry. Raised in Manchester, she had made North Hampton her home for some 50 years. Her son, Matthew Teborek had returned to New Hampshire from California nearly a year ago to take a job in Boston in order to spend priceless time with his mother. Arlene enjoyed caring for the many bird species around her home and was known for her ability as a dedicated gardener to grow gorgeous flowers. Her favorite bloom was the spectacular Iris, which was also the name of her beloved late companion and ever-faithful Golden Retriever, Iris. In addition to her son Matthew, survivors include her sister, Patricia Mowry of Sherman Oaks, CA; nephew, Dana Soucie, and his wife, May, of Rye; niece, Suzanne McKibbin and her husband, Bill, of San Diego, CA. In addition to her parents, Arlene was recently predeceased by her sister, Jean Soucie. Services will be private. In lieu of flowers, donations may be made to the Cocheco Valley Humane Society , 262 County Farm Road, Dover, NH 03820, a favorite charity of Arlene’s.

The family of Arlene L. Mowry created this Life Tributes page to make it easy to share your memories.

Send flowers to the Mowry family.