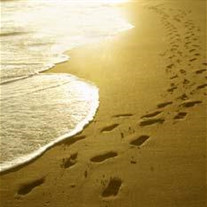 Rye, NH – Arthur A. Begley, 81, of Rye, formerly of Lawrence, MA died Sunday, September 20, 2015 at his home surrounded by loving family. He was born in Lawrence, MA on August 16, 1934 a son of the late John and Anna (Bevin) Begley. Raised in Lawrence he attended local schools before working construction a number of years at Riley Construction out of Lawrence. He later worked as a bartender and then manager for the Lawrence Elks Lodge #65, where he was a lifetime member. Most recently he worked for the Midway Hotel in Wells, ME as the maintenance manager. Arthur will always be remembered as a hard worker who always provided for his family. He was most happy when staying busy, from remodeling the family home to helping anyone who needed it. Family members include his wife of 61 years Mary Lou (Cookson) Begley of Rye; sons, Steven A. Begley and his wife Sylvia of Irving, CA, Alan D. Begley and his wife Kolleen of Cullowhee, NC; daughters, Cindy Skinner and her husband Mark of Antrim, Cheryl Farr of Rye; grandchildren, Mark, Matthew, Melinda, Joey, Kendra, Cody, Steven Jr., and Sydney; 4 great grandchildren and several nieces and nephews. In addition to his parents he was predeceased by his brothers, John, Raymond and Roland Begley; sisters, Dorothy Borden and Ruth Carboneau. A graveside service will be held at 11 AM Saturday, October 10, 2015 in the Central Cemetery, Rye. Relatives and friends are respectfully invited. In lieu of flowers, donations may be made to the American Cancer Society, 2 Commerce Drive, Suite 110, Bedford, NH 03110 or the American Diabetes Association, P.O. Box 11454, Alexandria, VA 22312. Arrangements are by the Remick & Gendron Funeral Home-Crematory, 811 Lafayette Rd., Hampton.

The family of Arthur A. Begley created this Life Tributes page to make it easy to share your memories.

Send flowers to the Begley family.