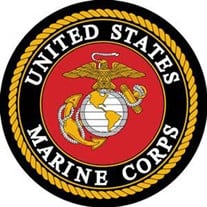 Seabrook, NH – Arthur G. Dick, 69, of Seabrook, died January 9, 2017 at his home. He was born March 25, 1947 a son of the late Arthur J. and Mildred (Blaikie) Dick. Arthur was raised in Amesbury, Mass. and Seabrook and graduated from Winnacunnet High School with the Class of 1965. He was a veteran serving with the US Marine Corps. He was employed as a welder for Munter’s Corporation in Amesbury for over 25 years. He enjoyed bowling. He loved gardening but most of all his passion was fishing. He leaves his daughter, Jeannine Meyers, his son, David Russell both of Manchester, his former wife, Sharon (Gosselin) Dick of Kingston, two brothers, Wayne Dick of Amesbury and James Dick of Exeter, many nieces, nephews, great nieces and great nephews. He was predeceased by his brother, David Dick. Visiting hours will be held from 12 - 2 PM Saturday, January 21, 2017 at the Remick & Gendron Funeral Home-Crematory, 811 Lafayette Road, Hampton. Military honors will immediately follow the visitation. Relatives and friends are respectfully invited. In lieu of flowers, donations may be made to the NH S.P.C.A. P.O. Box 196, Stratham, NH 03885 or the American Cancer Society, 30 Speen Street, Framingham, MA 01701. .

The family of Arthur G. Dick created this Life Tributes page to make it easy to share your memories.

Send flowers to the Dick family.