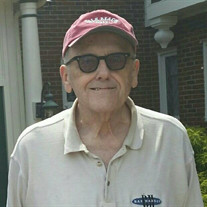 Hampton – Arthur J. Moody, 82, of Hampton, died Wednesday, August 16, 2017 at his home after a period of failing health. He was born June 13, 1935 in Exeter, a son of the late Frank L. and Emily (Brown) Moody. Arthur was a graduate of Hampton Academy with the Class of 1953 and of the University of New Hampshire (cum laude) in 1957. He also had a Master’s Degree from George Washington University. He was employed as an intelligence analyst with the National Security Agency in Ft. Meade, MD for many years before returning to Hampton. He was active in Hampton town affairs as a selectman and chaired many various committees. He gave a presentation during the launching ceremonies of the nuclear submarine, USS Hampton, in Newport News, VA. Arthur was active in the Winnacunnet Alumni Association and was the long time editor of the alumni newsletter. He was also very active in the Hampton Historical Society. He is survived by his brother, Albert C. Moody and his wife, Ellen, of Palm City, FL. In addition to his parents, he was predeceased by his sister, Madeline Sellers and his brother, Frank L. Moody, Jr. Visiting hours will be from 10 to 11:30 am Wednesday, August 23, 2017 at the Remick & Gendron Funeral Home-Crematory, 811 Lafayette Road, Hampton. A prayer service will immediately follow at 11:30 am in the funeral home. Friends are respectfully invited. In lieu of flowers, donations may be made to the American Cancer Society, 30 Speen Street, Framingham, MA 01701 www.cancer.org/donate. .

The family of Arthur J. Moody created this Life Tributes page to make it easy to share your memories.

Send flowers to the Moody family.