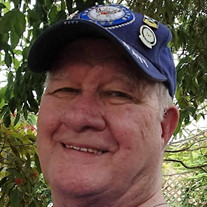 Rye Beach – Arthur W. “Artie” Perham, 78, of Rye Beach, died Saturday, October 22, 2016 at Portsmouth Regional Hospital. He was born September 14, 1938 in Boston, Mass., a son of the late John and Rose (Duckworth) Perham. Arthur retired from the United States Navy as a Command Master Chief Radioman after 26 years of service. His second career was as a Plant Manager with TransCom Electronics in Newport and Bristol, RI. He spent summers in Rye Beach as a child and moved here permanently in 1985. His passion was the Navy but he also enjoyed the seacoast area including Rye Harbor, fishing and the beach. He leaves his wife, Karen Horsman of Stratham, his son, Arthur J. Perham of Fall River, Mass., two daughters, Ramona Perham of Middletown, RI, and Wendy Lee and her husband Michael of Dover, five grandchildren, three great grandchildren, two sisters, Roxanne Barrett of Hebron, CT, and Diane Caron of Merrimack, nieces and nephews. He will be so very much missed. He was predeceased in 2012 by his wife of 25 years, Cecile (Wilson) Perham, and by his brother, David Perham. Visiting hours will be from 5-8 P.M. Friday, October 28, 2016 at the Remick & Gendron Funeral Home-Crematory, 811 Lafayette Road, Hampton. Services will be held at 11 A.M. Saturday in the funeral home. Burial will follow in the Central Cemetery, Rye. Relatives and friends are respectfully invited. In lieu of flowers donations may be made to ThanksUSA, 1390 Chain Bridge Road #260, McLean, VA 22101 or go to http://www.thanksusa.org/.

The family of Arthur W. "Artie" Perham created this Life Tributes page to make it easy to share your memories.

Send flowers to the Perham family.