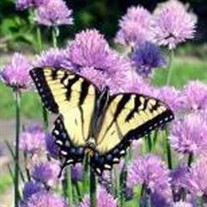 Seabrook - Barbara L. Engberg 88, of Seabrook, died Friday, July 15, 2016 at Oceanside Skilled Nursing & Rehabilitation in Hampton. She was born December 11, 1927 in the Bronx borough of New York, NY the daughter of the late Dorothy (Miller) Gaffin and was raised there by her mother and her stepfather, the late S. Fisher Gaffin. Barbara attended Washington Irving High School in the lower section of Manhattan, NY and later was employed by Utility Mapping Company in New York for several years before operating a ceramic studio in Yonkers, NY for 15 years. After moving to the seacoast area of NH in 1979 from Mt. Vernon, NY, she was employed at Seabrook Station as a switchboard operator for 14 years retiring in 1997. She had resided in Seabrook since 1993. While living in Mt. Vernon, Barbara served as a Girl Scout leader for 12 years and was awarded the Silver Cross at St. Patrick Cathedral in New York for Catholic Girl Scout leadership. A communicant of Our Lady of the Miraculous Medal Parish in Hampton, she was active as a member of the RCIA team, served as a lector and on the Art & Environment Committee, the OutReach Program and was a former member of the Parish Council. She was also a member of the Scottish Clan MacKenzie, enjoyed gardening and her golden retrievers over the years. Family members include three sons, Harold R. Engberg, Jr., of Lisbon Falls, ME, John E. Engberg of Hartsdale, NY, James F. Engberg of Mt, Vernon, NY, two daughters, Margaret A. Vetter of Clermont, FL, Eileen L. King of Palmersville, TN, two brothers, John R. Gaffin of Denver, CO, Theodore F. Gaffin of Yuma, AZ, twelve grandchildren, nine great grandchildren and one great great grandchild. She was predeceased by her husband, Harold Engberg, an infant daughter, Kathleen Patricia Engberg and by a grandson, Lawrence King. A visiting hour will be from 10 A.M. - 10:45 A.M. Wednesday, July 20, 2016 in the Remick & Gendron Funeral Home-Crematory, 811 Lafayette Road, Hampton, followed by a mass of Christian burial at 11 A.M. in Our Lady of the Miraculous Medal Church, Hampton. Burial will follow in the Hillside Cemetery Seabrook. Relatives and friends are respectfully invited. Family flowers only. If desired, donations may be made to Our Lady of the Miraculous Medal Church or to their OutReach Program, 289 Lafayette Road, Hampton, NH 03842 or to the Yankee Golden Retriever Rescue League, P.O. Box 808, Hudson, MA 01749-0808 www.ygrr.org/donate/

The family of Barbara L. Engberg created this Life Tributes page to make it easy to share your memories.

Send flowers to the Engberg family.