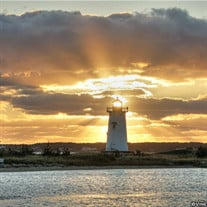 Hampton – Benedetto James “Ben” Launi, Jr., 74, of Hampton, passed away Tuesday, January 18, 2022 due to Covid-19 and other health complications. He was born in Huntington, NY on December 11, 1947. He is the son of the late Benedetto and Mary (Coronoto) Launi, Sr. Ben attended Huntington High School and enjoyed helping out the theatre productions and the backstage crews. In 1966 Ben joined the US Navy where he served two tours in Vietnam as a hospital corpsman aboard the USS Sanctuary and the USS Gunston Hall. After being discharged, Ben had various jobs, but eventually he went back to school at Greater Lowell Vocational Technical School where he received his licensed practical nursing (LPN) degree. He also worked in the Mental Health Association in Lowell. Up until retirement, Ben worked with the same patient for several years. His family was most important to him, enjoying playing games, watching movies, painting ceramics, reading and doing crossword puzzles as well as spending lots of time with his grandchildren. He was a member of the United Church of Christ in North Hampton where he actively participated for over 20 years. He was recently voted on the pastor’s parish relations committee, and Sue was the chair of worship. Their church family meant the world to both of them He shared 53 years of marriage with his wife Susan (Kelly) Launi. They met back in high school and have been inseparable ever since. In addition to his wife he leaves behind his daughter Cara Launi of Hudson, two grandchildren Payge and Nicholas Sirois, a sister-in-law Patti Caron, niece Kim Tremontozzi, nephew David Caron, nephew Dan Caron and his wife Jennifer Caron, niece Geri-Lyn Noble and several more nieces, nephews and cousins in New York, as well as his brother Frank Ambrosio also of New York, He was predeceased by his parents and siblings, Joseph, Donald and Michael Ambrosio. A committal service with military honors will be held at 11 A.M. Saturday, May 14, 2022 in the High Street Cemetery, Hampton. Relatives and friends are respectfully invited. In lieu of traditional remembrances donations may be made to the American Diabetes Association, PO. Box 7023, Merrifield, VA 22116. A memorial service was held February 5, 2022 at the United Church of Christ, North Hampton. Assistance with the arrangements was by the Remick & Gendron Funeral Home-Crematory, Hampton.

The family of Benedetto J. Launi, Jr. created this Life Tributes page to make it easy to share your memories.