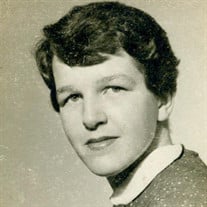 Hampton – Bernadette Jane Parsons, 88, of Hampton, passed away peacefully on Saturday, July 31, 2021, with family at her bedside. Born in Lawrence, MA, on December 7, 1932, she was 1 of 13 children of the late Thomas J. and Mary E. (Mulreany) Murphy. Bernadette was raised in Lawrence, attended St Augustine’s School, and graduated from Lawrence High in 1950. She married Norman P. Parsons after high school, and the young couple settled in Andover. They moved to Fairless Hills, PA, for a time before coming to Hampton in 1959 to work with Norman’s father building the family business, Parsons Electric. Family was always Bernadette’s first priority, and she loved raising her children and caring for grandchildren. When her children were young, she assisted Norman with the business whenever she could, and she volunteered at Exeter Hospital. She also worked as a real estate broker for North Shore Realty, and for a time she owned and operated Aurelie’s Dress Shop with her sister. Bernadette loved to sing and play the piano; she was a member of several choral groups and sang with the Hampton United Methodist Church Choir for many years. She also enjoyed baking, reading, and walks along the beach. Bernadette is survived by her children: Barbara Mackle of Hampton, John Parsons (wife Jean) of Durham, and Jim Parsons (Penny) of Hampton; her grandsons Christopher Parsons (Hayley) of Exeter, Michael Parsons (Jennifer) of Mansfield, MA, Timothy Parsons (Jennifer) of Madison, CT, and Kevin Parsons of Blairstown, NJ; and her great-grandchildren Isabelle, Daniel, Stella, Molly, and Grace. She also leaves her brother Andrew Murphy (Lorraine) of Las Vegas, her sisters Therese Murphy, Anne Martino, Elizabeth O’Neil (James), all of California, her sisters-in-law Barbara Dufresne of Seabrook, Priscilla Parsons of Effingham, NH, and Freda Murphy of Andover, MA, brother-in-law Joseph Amante of Rye, and her large extended family of nieces, nephews, and cousins. In addition to her parents and her husband Norman, who died in 1996, Bernadette was predeceased by her daughter Mary Katherine Parsons, her son-in-law Robert Mackle, and her siblings Thomas Murphy, John Murphy, Aurelie Amante, Catherine Kane, Helen Heseltine, Margaret O’Donnell, Mary Jemlich, and Monica Clancy. Visiting hours will be from 4 to 6 PM on Thursday, August 5, in the Remick & Gendron Funeral Home – Crematory, 811 Lafayette Rd., Hampton. Services will follow on Friday, August 6, starting at 11 AM in the funeral home. Burial will be with her husband in the High Street Cemetery, Hampton. Family and friends are cordially invited. Due to COVID concerns, the family respectfully requests that visitors wear a mask and observe social distancing. If desired, memorial donations may be made to Dollars for Scholars, PO Box 1593, North Hampton, NH 03862 for the Norman P. Parsons Scholarship at Winnacunnet High School, or to the Rannie Webster Foundation, 795 Washington Road, Rye, NH 03870. The Parsons Family would like to thank the staff at Webster at Rye for the companionship and compassionate care shown to Bernadette.

The family of Bernadette J. Parsons created this Life Tributes page to make it easy to share your memories.

Send flowers to the Parsons family.