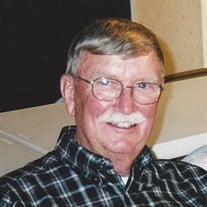 Northwood – Bernard L. Dunbrack, 82, of Northwood, formerly of Epping and Stratham, died Thursday, October 5, 2017 at Dartmouth-Hitchcock Medical Center in Lebanon with loving family by his side. Bernie, as he was often called, was born in Seabrook on December 30, 1934. Bernie graduated from Hampton Academy with the Class of 1953, and was a proud US Navy veteran serving on active duty with the Sea Bees and later retiring from the Portsmouth Naval Shipyard as an outside shop mechanic (Shop 38). Bernie also worked many years in construction as a heavy equipment operator for Bell & Flynn of Stratham, and continued to work as a water truck driver well into his late 70’s. Bernie resided in Stratham for 30 years before moving to Epping for 14, years and most recently to Northwood. Later in life, Bernie became dedicated to researching family genealogy, successfully tracing the Dunbrack name back to approximately 190 AD. Bernie had a lifelong passion with music, and was an expert piano player. Bernie and his wife Betsy J. (Barber) Dunbrack would have celebrated 57 years of marriage on October 24th. Bernie is survived by his wife Betsy, children: Sharon Plourde of Northwood, Bernard L. Dunbrack, III of New Cumberland, PA, Harold Dunbrack of Alexandria, VA, six grandchildren and 2 great grandchildren. Bernie is also survived by two sisters; Paula Pierce of Lakeland, FL, Nina Knowles of North Hampton, in addition to several nieces and nephews. Visiting hours will be from 5-8 P.M. Monday, October 16, 2017 at the Remick & Gendron Funeral Home-Crematory, 811 Lafayette Road, Hampton. Services will be held at 11 A.M. Tuesday, October 17, 2017 in the funeral home. Burial will follow in the High Street Cemetery, Hampton. Relatives and friends are respectfully invited. In lieu of flowers, donations may be made to the Hampton historical Society, PO Box 1601, Hampton, NH 03843 http://www.hamptonhistoricalsociety.org/

Northwood &#8211; Bernard L. Dunbrack, 82, of Northwood, formerly of Epping and Stratham, died Thursday, October 5, 2017 at Dartmouth-Hitchcock Medical Center in Lebanon with loving family by his side. Bernie, as he was often called, was born... View Obituary & Service Information

The family of Bernard L. Dunbrack created this Life Tributes page to make it easy to share your memories.

Send flowers to the Dunbrack family.