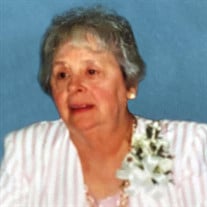 Salisbury, MA – Our dear and loving mother, nana and “grand nan,” Bertha “Bobbi” Elizabeth Marston, passed away on November 1, 2020 after a period of declining health. She brought laughter, humility and kindness to all that were lucky enough to know her. Bertha, better known as Bobbi, was born on May 17, 1929 in Amston, Connecticut, daughter of the late Earl Frink and Hilda Frink Pagach. One of eight children, she grew up in Connecticut, and spent much of her adult life in Massachusetts. She was married to her beloved husband, William F. Marston, for 55 years, until his passing in 2012. While her husband was in the Navy, they were stationed throughout New England. Bobbi had a long career at Anna Jacques Hospital in Newburyport, where she retired from Seacoast Orthopedics in 1995. Known for her quick wit, she enjoyed making quilts, stuffed bears and dolls, and other hobbies including hitting flea markets and antiquing. She enjoyed spending time in the White Mountains, where her mother and daughter lived for many years. Bobbi is survived by her children, Stanton Marston and his wife Joyce, Deborah Tinkham and husband Dana, Adrienne Gundacker and husband Peter, Marie Kelleher and husband John, and William Marston Jr. and wife Debbie; her sisters, Alberta Pomprowicz, Joan Toomey, Ruth Patros, Ann Caron, Cora Lee Raymond; and her brother Michael Pagach and wife Judy; ten grandchildren, Jennifer Valli, Elizabeth Vigneault, Corie Harrison, Chandra Silva & Paige Tinkham, Caitlin Kelleher Holmes, Patrick Kelleher, and Jeffrey, Amy and Kevin Marston; and eight great grandchildren, Damion Marston, Jamison & Joshua Valli, Brady & Camryn Coburn, Ryan & Avery Harrison, Hunter Holmes, Emily Marston and Presley Silva; as well as many other family and friends. In addition to her parents, she was preceded in death by her beloved husband, William “Willy” Marston; one sister, Bessie Moroch; and son, Richard Marston. She will be deeply missed by all who knew and loved her. Due to COVID-19, private memorial services will be planned at a later date. In lieu of flowers, memorial donations can be made in her honor to The Merrimack River Feline Rescue Society . Bobbi’s family wishes to thank Country Center for Health & Rehabilitation in Newburyport and Constellation Hospice, as well as the Remick-Gendron Funeral Home-Crematory in Hampton for their kind services.

The family of Bertha E. "Bobbi" Marston created this Life Tributes page to make it easy to share your memories.