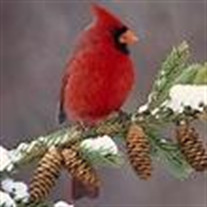 Hampton – Beverly A. Stanwood, 70, of Hampton, died Friday, December 2, 2016 at Portsmouth Regional Hospital after a lengthy illness with her loving husband by her side... She was born April 24, 1946 in Newburyport, Mass., a daughter of the late James H. and Almeda (Perkins) Marsh. Beverly was raised in Hampton, attended local schools and graduated from Winnacunnet High School with the Class of 1964. She was employed by Osram Sylvania in Exeter for 35 years retiring in 2001. She enjoyed traveling with her husband on their motorcycle cross country three times throughout 49 states, and also through most of the Canadian Provinces. For a short time she rode her own motorcycle locally. She was an avid quilter and was a member of the Sea Breeze Quilt Club and was a Blue Ribbon winner at the Deerfield Fair. She also enjoyed crocheting, sewing and knitting. She shared 47 years of marriage with her husband, Norman F. Stanwood. Beverly and Norman were predeceased by their son Aron Stanwood in 2002. In addition to her husband, she leaves her brother, James Marsh of Pittsfield, three sisters, Brenda Ferron of Candia, Betty Aldrich of Hampton, Jean Evans of North Hampton, many nieces and nephews. Visiting hours will be from 6-8 P.M. Wednesday, December 7, 2016 at the Remick & Gendron Funeral Home-Crematory, 811 Lafayette Road, Hampton. Services will be held at 11 AM Thursday, December 8, 2016 in the funeral home. Burial will follow in the High Street Cemetery, Hampton. Relatives and friends are respectfully invited.

Hampton &#8211; Beverly A. Stanwood, 70, of Hampton, died Friday, December 2, 2016 at Portsmouth Regional Hospital after a lengthy illness with her loving husband by her side... She was born April 24, 1946 in Newburyport, Mass., a daughter... View Obituary & Service Information

The family of Beverly A Stanwood created this Life Tributes page to make it easy to share your memories.

Send flowers to the Stanwood family.