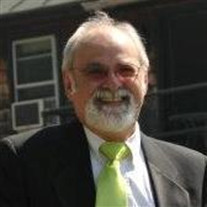 South Berwick, ME – Bradford Herbert Hadley, 63, of South Berwick and former longtime resident of Rye, NH, died Monday, August 10, 2015 at Wentworth-Douglas Hospital in Dover, NH surrounded by his loving family. Brad was born April 21, 1952 in Portsmouth, NH, a son of the late Otis N. and Ruth (Philbrick) Hadley. He was raised in Rye Beach, NH and spent much of his youth at the Rye Beach Motel which his mother owned and operated for many years. Brad graduated from Portsmouth High School with the Class of 1970 and married the love of his life, and wife of over 40 years, Mary Patricia (White) Hadley of Hampton, NH. He earned a double Bachelor’s Degree in Computer Technology and English from Florida International University. Brad and Mary lived in Kingston, NY and Raleigh, NC, where he had a successful career with IBM spanning 35 years. In 2007 they returned to New England and settled in South Berwick, ME. After his retirement Brad became a self-employed website designer working out of his home. Brad was a talented musician, especially enjoyed playing the guitar and was a member of several music groups over the years. In addition to Mary, his devoted and loving wife, Brad is survived by his daughter, Alyson K. Hadley and her husband, Shane Willcox of Raleigh, NC; his brother, Guy Hadley and his wife Jessie of Orlando, FL; his sister, Sharon Gross and her husband, David of York, ME and his niece, Amanda Bouchard and family, also of York. A Graveside service will be held at 3 PM on Monday, August 17, 2015 at the family plot in Rye Central Cemetery, followed by a celebration of Brad’s life at “Madre’s Cottage”, 95 Old Beach Rd, in Rye Beach. In lieu of flowers the family respectfully suggests donations be made to the Seacoast Cancer Center at Wentworth Douglas Hospital, Dover, NH.

The family of Bradford H Hadley created this Life Tributes page to make it easy to share your memories.

Send flowers to the Hadley family.