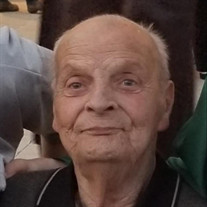 North Hampton – Bradley Charles “Pikey” Pike, 80, of North Hampton, passed away peacefully at his home on Tuesday, September 8, 2020 after an extended illness. He was born in Portsmouth on November 17, 1939, a son of the late Charles A. and Ethel (McKenney) Pike. Brad shared over 37 years of marriage with his beloved wife, Carole (Hayes) Pike of North Hampton. Bradley was raised in Portsmouth and attended Portsmouth High School. He enlisted in the United States Navy after high school and honorably served his country for two years. After leaving the service, he went to work for the State of New Hampshire Department of Transportation and served the state for over 35 years, retiring as a foreman in 1995. He enjoyed his time with the DOT, mostly at Shed #610 in North Hampton where he made many lifelong friends. He was a hard-working man and a wonderful provider for his family. Family was his life and being with the ones he loved brought him the greatest joy. In his retirement years, Brad enjoyed babysitting for his grandchildren and spoiling them in any way he could. Brad always had a smile on his face and he loved to laugh and was an honest man who never had a cross word to say about anyone. In addition to Carole, Brad is survived by his children, Michael Pike and his wife, Maura of Hampton, Brian Pike and his wife Dawn of Hampton, Michelle White and her husband Robert of Dover and his step-daughter, Kristine Morin and her husband Michael of Bowdoinham, ME. He also leaves his siblings, David Pike and his wife, Willena of Stoutsville, OH, Glenn Pike of Rochester and Carole Pike, of Rochester. He was predeceased by his brother Clayton Pike, his sister, Marguerite Brooks and his step-daughter, Lisa Sleeper-Pendergast. Services will be private. If desired, memorial donations may be made to the Rockingham County VNA/Hospice , c/o Exeter Hospital, 5 Alumni Dr., Exeter, NH 03833, or to the UNH Therapeutic Riding Program , c/o Department of Agriculture, Nutrition, and Food Systems, Kendall Hall, 129 Main St., Durham, NH 03824.

The family of Bradley C. Pike created this Life Tributes page to make it easy to share your memories.

Send flowers to the Pike family.