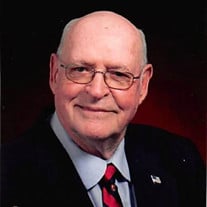 Seabrook – Brendan F. Kelly, 80, of Seabrook died peacefully on Wednesday, January 13, 2021 at his home surrounded by loving family after a courageous five year battle with cancer. He was born in Boston, MA on September 20, 1940 a son of the late Thomas J. and Teresa F. (Wall) Kelly. Brendan graduated from Archbishop Williams High School and then served in the US Army as a Military Police Officer stationed in Germany from 1958-1964, where he met his wife Helga, the love of his life. Following his Military Service he worked at Quincy Shipyard and studied Business Law at Bentley College. He was an avid Boston sports fan and loved his Boston Red Sox. He was a published author with three books, and a regular contributor to the As I See It column in the Newburyport Daily News. In his retirement he enjoyed his time serving the Town of Seabrook as Selectman for six years and Chairman of the NH Libertarian Party for several years. Survived by his loving wife of 61 years, Helga H. (Schorle) Kelly; his four children, James M. Kelly Sr. and his wife Cynthia of Epping, Lisa M. Nelson and her husband Richard of Eliot, ME, Maureen A. Brown and her husband David of Ossipee and Glen E. Kelly and his partner Melissa Donahue of Amesbury, MA; his sisters, Ellen Kelly of Plymouth, MA, Teresa Kelly of Newburyport, MA; grandchildren, Felicia Nelson-Bhandari, Tiffany Nelson, Devan Nelson, Justin Lopez, James Kelly, Jr, and Jocelyn Lopez. He was also survived by one of his closest friends, his beloved mother-in-law Hildegard Schorle. There will be no visitation. Burial will be private with family only. In lieu of flowers, donations may be made to the Manchester VA Medical Center , 718 Smyth Road, Manchester, NH 03104.

Seabrook &#8211; Brendan F. Kelly, 80, of Seabrook died peacefully on Wednesday, January 13, 2021 at his home surrounded by loving family after a courageous five year battle with cancer. He was born in Boston, MA on September 20, 1940 a son... View Obituary & Service Information

The family of Brendan F. Kelly created this Life Tributes page to make it easy to share your memories.

Send flowers to the Kelly family.