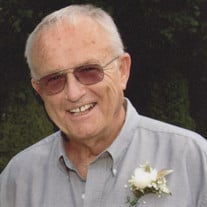 Seabrook – Bruce D. Casassa, 82, of Seabrook, died on Friday, August 5, 2016 at Massachusetts General Hospital after a sudden illness. He was born June 21, 1934 in Montague, MA a son of the late Mario and Hazel (Williams) Casassa. Raised in Keene, Bruce graduated from Keene High School with the Class of 1952. He then attended Wentworth Institute, where he graduated in 1954 as an aviation mechanic. Bruce married his beloved wife of 61 years Priscilla (Cheney) Casassa of Seabrook in 1955 and shortly after moved to Alexandria, VA briefly before moving to Seabrook, where they made their home since 1962. Mr. Casassa worked as an aviation mechanic for the former Capitol Airlines, now United Airlines for 42 years, retiring in 1997. Bruce served on the Seabrook School Board for many years and was a member of the Snowmobile Association and Romeo Riders. He was a motorcycle enthusiast to say the least, riding in every state except Hawaii. He also enjoyed snowmobiling in the winter throughout New England and Canada, but his greatest joy was his family, with whom he cherished every moment. In addition to his wife, family members include his children, Barbara Kenney and her husband David, Bruce “Chuck” Casassa and his wife Robin, Karen St. Laurent and her husband Jon, Brian Casassa and his wife Alexandra, Anthony Casassa and his wife Allison, Terri Gobbi and her husband Joseph; brother Paul Casassa; daughter in law Arlene Casassa and 20 grandchildren and 1 great granddaughter. In addition to his parents he was predeceased by his son Scott Casassa. Visiting hours will be held from 4 to 7 PM on Thursday, August 11, 2016 in the Remick & Gendron Funeral Home & Crematory, 811 Lafayette Rd., Hampton. Relatives and friends are respectfully invited. Services will be private. In lieu of flowers, donations may be made in his memory to Easter Seals New Hampshire, Attn: Development Department, 555 Auburn Street, Manchester, NH 03103 or a charity of one’s choice.

Seabrook &#8211; Bruce D. Casassa, 82, of Seabrook, died on Friday, August 5, 2016 at Massachusetts General Hospital after a sudden illness. He was born June 21, 1934 in Montague, MA a son of the late Mario and Hazel (Williams) Casassa. Raised... View Obituary & Service Information

The family of Bruce D. Casassa created this Life Tributes page to make it easy to share your memories.

Send flowers to the Casassa family.