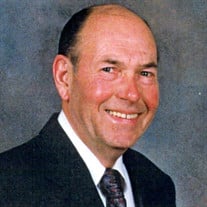 North Hampton – Bruce Gordon Dow, 85, of North Hampton, passed away peacefully on Tuesday, August 11, 2020 at Portsmouth Regional Hospital with loving and devoted family at his side. Bruce was born in Portsmouth on March 7, 1935, the son of the late Gordon and Genevieve (Golter) Dow. Bruce was raised in North Hampton. He attended Centennial Hall of North Hampton and the Harmon Hall School in York, ME before graduating from Hampton Academy in 1953. In the summer months, Bruce worked 6 days a week at S. A. Dow & Son, the family store in North Hampton. He was a full-time firefighter with the North Hampton Fire Department in the late 1950’s and mid 1960’s before joining the Hampton Fire Department in 1968 as a temporary substitute. Bruce was promoted to Lieutenant in 1969 and retired from Hampton FD in 1984. Since the age of 20, Bruce worked with Reginald Leonard of North Hampton, learning the carpentry trade and built his own house in the early 1960’s. After he retired from the department he started his own building and remodeling business and eventually became a master craftsman. His work was always meticulous and he was proud of his many projects. He became a fine furniture maker and constructed many cherished pieces for his family members. In Bruce’s own words, “I liked woodworking but the fire service was my passion.” Bruce was a true Yankee in every sense of the word. He possessed a great sense of humor but with that dry Yankee wit. He loved to cook, hunt and fish but above all else was his devotion to family. His happiest times were with the ones he loved. Bruce leaves his wife, Rita (Gerrish) Dow of North Hampton, his daughter, Stephanie McLaren and her husband, Tom, of Hampton, his stepchildren, Kim MacLennan and her husband, Richard, of Exeter and Scott Martell of Derry and his grandson Brendan McLaren and his wife, Jane, of Hampton. He was predeceased by his sister, Cynthia Antell. Visiting hours will be from 5 to 7 PM on Monday, August 17, 2020 in the Remick & Gendron Funeral Home-Crematory, 811 Lafayette Road, Hampton. Services will be held at 11 AM on Tuesday in the funeral home with burial to follow in Center Cemetery, North Hampton. Face masks will be required and social distancing must be maintained. In lieu of flowers the family suggests memorial donations to the New Hampshire Wildlife Federation 54 Portsmouth Street Concord, NH 03301.

North Hampton &#8211; Bruce Gordon Dow, 85, of North Hampton, passed away peacefully on Tuesday, August 11, 2020 at Portsmouth Regional Hospital with loving and devoted family at his side. Bruce was born in Portsmouth on March 7, 1935, the son... View Obituary & Service Information

The family of Bruce G. Dow created this Life Tributes page to make it easy to share your memories.

Send flowers to the Dow family.