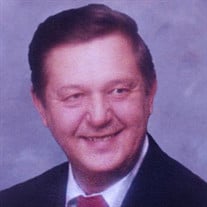 Seabrook — Bruce C. Granlund, 83, of Seabrook passed away Saturday, October 3, 2020, at his home surrounded by his family after an extended illness. He was born February 20, 1937 in Malden, MA, son of the late Ture and Aina (Gustafson) Granlund. He graduated from Malden High School with the class of 1955. He then served with the US Naval Reserve for four years and active duty for a year and a half. He was stationed in many places around the world including Naples, Italy, the Middle East and Texas. He served honorably until his discharge in 1959. Mr. Granlund was employed in computer technology until the early 1980’s. He was the supervisor of the computer room at ITEK and was involved with the NASA Viking program that took the first pictures of the moon. Later he owned and operated Redi-Fit Carpet in Malden, MA offering sales and carpet installation. His sales tag line was “Such a deal, only in America.” He retired in 2000. He moved to Seabrook with his wife in 1999, was a member of the Thomas Talbot Lodge A.F. & A.M. in Billerica, MA, enjoyed fishing, cooking and eating, listening to classic country music, bird watching and all New England Sports. He lived life on his own terms and used to say, “There’s the right way, the wrong way and the Granlund way.” He shared 59 years of marriage with the love of his life, Alice N. (Wilson) Granlund. In addition to his wife, family members include his sons, Robert and Kenneth Granlund and his fiancé, Terri, his daughters, Kristin Bouchard and her husband Joe, and Susanne Sirois and her husband, Mike, seven grandchildren and seven great grandchildren. He is also survived by a brother-in-law, John, a nephew, Robby, and a cousin, Barbie. Private interment will be in the Hillside Cemetery, Seabrook. In lieu of traditional remembrances, donations may be made to the Salvation Army in his name. Arrangements are by the Remick & Gendron Funeral Home-Crematory, Hampton.

Seabrook &#8212; Bruce C. Granlund, 83, of Seabrook passed away Saturday, October 3, 2020, at his home surrounded by his family after an extended illness. He was born February 20, 1937 in Malden, MA, son of the late Ture and Aina (Gustafson)... View Obituary & Service Information

The family of Bruce C. Granlund created this Life Tributes page to make it easy to share your memories.

Send flowers to the Granlund family.