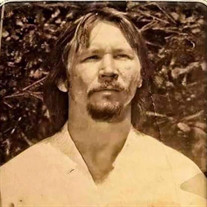 Seabrook - New England combat sports innovator Bruce Robert Marshall died on Tuesday, April 27, 2021, during recovery from open-heart surgery. He was 74 years old. Bruce was born on November 13, 1946 in Syracuse, NY to Archibald J. and Ruth Elizabeth (Boisvert) Marshall. He was a Vietnam-era veteran, enlisting in the Navy at age 17, right after graduating from Hamilton-Wenham High School, shortly after his mother’s untimely death. He served his nation aboard the aircraft carrier USS America in the Mediterranean, referring to his time aboard that ship as the “Kiddie Cruise.” On December 8, 1979, he married Lucinda (Marafino) Simpkins, his best friend, confidant, and partner in Trilogy/Black Belt Productions. They raised their son, Marley, and lovingly cared for Lucinda’s two children, Alexandra and Nathaniel. Bruce was a black belt champion of his time, studying Kajukenbo Karate in the ‘70s, a hybrid martial art originating from Hawaii and brought to the mainland by George Pesare. When competitive kickboxing caught on in the ‘90s, Bruce was there as an international competitor, coach, and promoter. He brought MMA into the mainstream of New England when he became the lead promoter of Combat Zone in 2003. In the early days of MMA, many fighters would move on from Combat Zone to fight in the UFC, helping transform the sport into today's worldwide phenomenon. Bruce is survived by his wife Lucinda “Cindy” and son Marley, his sister Melonie and his brothers Reid, Craig, and Jayson. Also, his two grandson’s Levi and Jacoby, and several nieces and nephews. In addition to vast contributions to MMA in New England, Marshall mentored generations of students at Bruce Marshall’s Kenpo Karate, whose lives were immeasurably improved by his ferocious but loving teaching. Kirik sums up the character and legacy of Bruce Marshall well in a recent article “Think Mr. Miyagi, with an accent from The Departed, crossed with a rock star.” Bruce Marshall was truly one of a kind, and would tell us all to “love the life you live, and live the life you love.” A graveside service with military honors will be held at 11 A.M. Thursday, May 6, 2021 at the Hamilton Cemetery, Bay Road, Hamilton, MA alongside his mother. Relatives and friends are respectfully invited. In lieu of traditional remembrances donations may be made to the Disabled American Veterans, North Country Chapter 21, PO Box 414, Bethlehem, NH 03570. Assistance with the arrangements was by the Remick & Gendron Funeral Home-Crematory, 811 Lafayette Road, Hampton, NH.

The family of Bruce R. Marshall created this Life Tributes page to make it easy to share your memories.

Send flowers to the Marshall family.