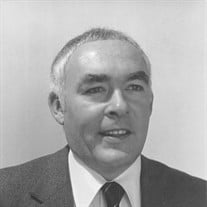 Hampton – Bruce A. Montville, 84, formerly of Hampton, died Thursday, May 14, 2020 at Bellamy Fields Assisted Living in Dover. He was born in Exeter, October 9, 1935 a son of the late Thomas J. Montville and Emma (Sleeper) Montville Crowe. Bruce graduated from Exeter High School and received his B.A. in Sociology from the University of New Hampshire in 1959. He learned the recruiting and placement business as a rookie. His employment included in contingency search as general manager and vice president for JBM Corporation in Boston, MA. He was managing partner from 1975-1993 for Exeter 2100 in Hampton a recruiting employment agency securing employment for computer professionals in varied industries nationally. He was also president of the DMA Group, Inc., a telemarketing development company. He was the founder and president of LifeWise Community Projects, Inc., formed in 1992 to advance citizen participation in community service and public affairs. He served on the NH Advisory Committee for the New England Transportation Initiative and was chairman of the Rockingham County Advisory Committee on Aging. He was also the author of “Recruitment” the 1992 edition of Encyclopedia of Career Decision and Work Issues. Bruce was an entrepreneur and activist in the social justice and climate change realm early on in the Clamshell Alliance days. As well, he was passionate about community development. He was a warrior. He was also named AKA WaterDude during his LifeWise Community project days. Bruce was a veteran serving with the US Marine Corps and was amember of the Marine Corps League. His interests included skiing, jogging, boating and reading as well as spending time with his children and grandkids. In addition to his parents he was predeceased by his wife Susanne (Murray) Montville in 1998. He leaves six children, Jeanne Evans of Exeter, Bruce D. Montville, Laura Montville both of Portsmouth, Kevin Montville of Exeter, William Montville and Christine Hart both of Hampton, seven grandchildren, three sisters, Francine Hayes, Patricia Crowe and Linda Grant, his special friend, Roberta “Bobbi” Pevear, nieces and nephews. Visiting hours will be from 4-7 P.M. Tuesday, May 26, 2020 at the Remick & Gendron Funeral Home-Crematory, 811 Lafayette Road, Hampton. Visitors should be aware that a limited number of people will be allowed in the funeral home at one time. Social distancing must be practiced and masks will be mandatory. Services will be private. In lieu of traditional remembrances, donations may be made to Bear Paw Regional Greenways.

The family of Bruce A. Montville created this Life Tributes page to make it easy to share your memories.

Send flowers to the Montville family.