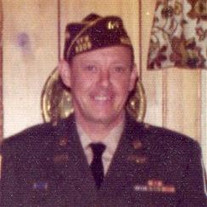 Seabrook – Carl Burton Bergeron, 91, a lifelong resident of Seabrook, died peacefully on Sunday, May 15, 2016 at the Oceanside Skilled Nursing and Rehabilitation Center in Hampton. Mr. Bergeron was born on April 20, 1925 in Seabrook; the son of the late Helen B. Marshall. Carl was raised in Seabrook and enlisted in the United States Army shortly after leaving school. He served his country honorably with the 188th Combat Engineers during WWII and participated in battles in Northern France, Rhineland, Central Europe and the Ardennes during the Battle of the Bulge. After the war, Carl came home, married his late wife, Amelia (Walton) Bergeron, and settled in Seabrook to raise his family. He worked in the local shoe factories and was also a union carpenter during the construction of Seabrook Station. He married his beloved wife, Mary (Knight) Bergeron in 1972. He served as past president of the Boot and Shoe Workers Union Local 527, was past commander of the Salisbury VFW Post 9209 and a life member of the Raymond E. Walton American Legion Post 70 of Seabrook. In addition to Mary, his wife of over 44 years, Carl leaves his children, Sherry Brown and her husband, Mike and Edward Bergeron and his wife, Bev, all of Seabrook; his stepson, John Lennox and his wife Jill, of Hampton Falls; his brothers, Donald Perkins and his wife Rita and Harry Perkins and his wife, Brenda all of Seabrook; his sisters, Katherine Nadeau and Amy Fowler and her husband, Leo, all of Seabrook. He also leaves his 6 grandchildren, 6 great grandchildren and many nieces, nephews, cousins and good friends. In addition to his mother and his first wife, Amelia, Carl was predeceased by his son, Carl Jr., his granddaughter, Lori Bergeron and his brother, Clarence Perkins, Jr. Family and friends may visit from 10 am to 12 pm on Thursday, May 19, 2016 in the Remick and Gendron Funeral Home – Crematory, 811 Lafayette Rd., Hampton. Services will follow the visitation starting at 12 noon in the funeral home. Burial will be in the Wildwood Cemetery, Seabrook. Flowers will be accepted but if desired, memorial donations may be made to a charity of one’s choice.

Seabrook &#8211; Carl Burton Bergeron, 91, a lifelong resident of Seabrook, died peacefully on Sunday, May 15, 2016 at the Oceanside Skilled Nursing and Rehabilitation Center in Hampton. Mr. Bergeron was born on April 20, 1925 in Seabrook;... View Obituary & Service Information

The family of Carl Burton Bergeron created this Life Tributes page to make it easy to share your memories.

Send flowers to the Bergeron family.