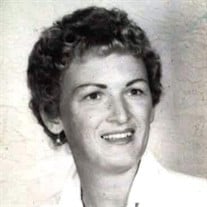 Seabrook – Carol Faye “Molly” Markos, 87, of Seabrook, passed away peacefully on Monday, January 23, 2017 with beloved family by her side. Born on February 9, 1929 in Seabrook, Molly was a daughter of the late Austin and Clara (Janvrin) Randall. Molly was raised in Seabrook. After her marriage to Aristotle “Ted” Markos in 1955, the couple lived in Salisbury, MA for one year and Newburyport, MA for three years before relocating to Seabrook in the early 1960s. Molly worked at Welpro and Yankee Greyhound Park and was a member of the Rand Church and the Raymond E. Walton American Legion Post 70 of Seabrook. She was well-known for her unique way with words and more for her love and dedication to her family. She was caring and loving wife, mother, nana, sister and aunt and she will be sadly missed by all who knew her. In addition to Ted, her devoted husband of over 60 years, Molly is survived by her daughter, Debra Jean Perkins of Seabrook; her brother, Walter L. Littlefield and his wife, Claire of Seabrook; her sisters, Jean Moore and her husband, Robert and Josephine Knowles and Emily Ann Sanborn and her brother-in-law Elliot Eaton and her sister-in-law Alice Randall, all of Seabrook. She also leaves her grandchildren, Faye Santos, Christine George and Leonard Perkins, Jr.; her great grandchildren, Russell Eaton Jr, Austin, Angela and Ana Santos and Sean George and her great great grandson, Russell Eaton, III as well as many nieces and nephews. She was predeceased by her siblings, Evelyn Daneau, Austin Randall, Colleen Eaton and Paul Littlefield, her brothers-in-law, Asa Knowles, Ernie Sanborn, Paul Daneau and her infant son Armand Blanchard Jr. Family and friends may visit from 5 to 7 pm on Thursday, January 26, 2017 in the Remick & Gendron Funeral Home – Crematory, 811 Lafayette Rd., Hampton. Services will be held at 11 am on Friday in the funeral home with burial to follow in the Hillside Cemetery, Seabrook.

The family of Carol F. "Molly" Markos created this Life Tributes page to make it easy to share your memories.

Send flowers to the Markos family.