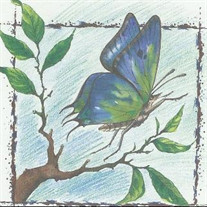 Portsmouth – Carol S. Tremblay, 73, of Portsmouth, passed away peacefully on Monday, December 19, 2016 at Clipper Harbor in Portsmouth. She was born on October 17, 1943 in Marlborough, MA, a daughter of the late Germano and Louise (Cornoni) Solari. Carol and her family moved from Marlborough to North Hampton when she was 5 years old. Her parents opened Solari’s Grill in North Hampton where Carol worked for many years. She graduated from Winnacunnet High School with the Class of 1961 and attended MacIntosh College in Dover where she received an Associate’s Degree in accounting. She met her future husband, Robert A. Tremblay in 1964, the couple married in 1965, and after a year in North Hampton, relocated to Portsmouth and started their family two years later. She was a caring and compassionate woman who loved being a wife and mother. She was a great cook and took pride in her baking skills, always making special treats for her family and friends. Carol was also a very loyal friend to many and was always helping others in their time of need. Carol was a faithful communicant of the former St. James Parish of Portsmouth. In addition to Robert, her husband of over 51 years, she leaves her sons, Robert “Chris” Tremblay and his wife Jody of Newmarket and Jason Tremblay and his wife Patricia of Portsmouth; her daughter, Jessica Mastin and her husband Jim of Newmarket; her brother, Robert Solari and his wife Lois of Fremont, OH; her sisters, Janet Marjollet and her husband, George of Harwich, MA and Shirley Corrette of Bristol, NH. She also leaves her seven grandchildren, Emily, Joshua, Zachary, Elizabeth, Grace, Lily and Patrick and many nieces and nephews. Carol was predeceased by her sister, Edna Goodwin. Family and friends may visit from 5 to 7 PM on Wednesday, December 28, 2016 in the Remick & Gendron Funeral Home – Crematory, 811 Lafayette Rd., Hampton. A mass of Christian burial will be celebrated at 11 AM on Thursday, December 29 at Our Lady of the Miraculous Medal, 289 Lafayette Rd., Hampton. Burial will be private. If desired, memorial donations may be mailed to the Alzheimer’s Association, 166 S River Rd #210, Bedford, NH 03110 or made online at www.alz.org/join_the_cause_donate.asp.

Portsmouth &#8211; Carol S. Tremblay, 73, of Portsmouth, passed away peacefully on Monday, December 19, 2016 at Clipper Harbor in Portsmouth. She was born on October 17, 1943 in Marlborough, MA, a daughter of the late Germano and Louise (Cornoni)... View Obituary & Service Information

The family of Carol S. Tremblay created this Life Tributes page to make it easy to share your memories.

Send flowers to the Tremblay family.