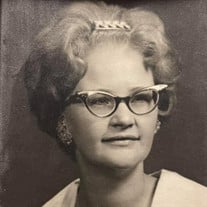 Exeter - Catherine “Marilyn” Arundel, 88, of Exeter, formerly of Hampton, died September 14, 2021 at the Exeter Center. She was born in Somerville, MA April 28, 1933 and was raised in Jamaica Plain. She graduated from Mount St. Joseph High School in Brighton, MA. Marilyn followed her husband as an Air Force wife throughout his career living in many different locations. After settling in Hampton and raising her family she was employed at Data General in Portsmouth until her retirement. She was a communicant of Our Lady of the Miraculous Medal Parish in Hampton. She was the wife of the late Michael J. Arundel who predeceased her in 1999. She leaves four children, Janet Hepner of Tucson, AZ, Stephen Arundel of Hampton, Kelly Arundel of Exeter, Danielle Russell of Jensen Beach, FL, six grandchildren, seven great grandchildren, one great great grandchild. In addition to her husband and parents she was predeceased by her son Michael Arundel. A graveside service will be held at 11 A.M. Thursday, September 23, 2021 in the High Street Cemetery Hampton. Relatives and friends are respectfully invited. In lieu of traditional remembrances, donations may be made to Our Lady of the Miraculous Medal OutReach Program, 289 Lafayette Road, Hampton, NH 03842. Arrangements are by the Remick & Gendron Funeral Home-Crematory, Hampton.

The family of Catherine "Marilyn" Arundel created this Life Tributes page to make it easy to share your memories.

Send flowers to the Arundel family.