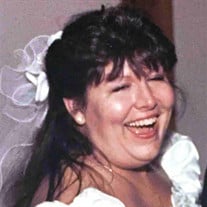 Hampton - Catherine T. Donovan-Simard of Hampton, went to be with the Lord on January 3, 2019. Her journey ended in York Hospital, York, ME after having been in their care for several months, succumbing to the ravishes of Type 2 Diabetes. She leaves behind her most devoted and cherished cat, Ralph, who is being cared for by a dear friend, Rosann Boucher. Cathie was born in New Haven, CT on April 23, 1958, the daughter of Theresa (Leveille) Saunders and the late Donald R. Saunders. Cathie graduated from Pinkerton Academy in Derry and went on to complete her formal education at Lasalle College in Newton, MA, where she received her Degree in Early Childhood Education. After graduating Cathie found that a career in sales was more to her liking having such a knack and ability to bring people and products together. She was a natural and very good at it and spent many years at Amherst Equipment of Amherst, receiving many awards and making many friends. She moved on to Green Pages where she had another successful career until her health made her curtail her involvement in the heavy workload and long hours that are expected of a dedicated salesperson. Some of her most cherished memories were working with Big Sisters and Little Sisters. She still has a Little Sister, Amanda. At Thanksgiving and Christmas she would help to organize her friends and others to help with the delivery of Food Baskets to the needy. Anytime anyone needed help of any kind, Cathie was there with a smile and open arms. If you needed a pat on the back or just a shoulder to cry on she was there for them right up to the end. Cathie will be sorely missed by everyone who knew her for years or days, she was there for them, always with a smile and a hug. In addition to her mother Cathie is survived by her brother Jon Saunders of New Hampton. She was predeceased by her father, Donald Saunders, her Aunt Virginia Hatch and Uncle Robert Duclos. Visiting hours will be from 2-4 PM on Sunday, January 27, 2019 in the Remick and Gendron Funeral Home – Crematory, 811 Lafayette Rd. Hampton. A prayer will follow the visitation starting at 4 PM in the Funeral Home. Burial will be private. In lieu of flowers the family suggests donations be made to NH SPCA PO Box 196, Stratham, NH 03885 or to the American Diabetes Association.

Hampton - Catherine T. Donovan-Simard of Hampton, went to be with the Lord on January 3, 2019. Her journey ended in York Hospital, York, ME after having been in their care for several months, succumbing to the ravishes of Type 2 Diabetes. She... View Obituary & Service Information

The family of Catherine T. Donovan-Simard created this Life Tributes page to make it easy to share your memories.

Hampton - Catherine T. Donovan-Simard of Hampton, went to be...

Send flowers to the Donovan-Simard family.