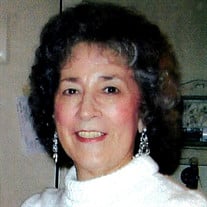 Hampton – Cecile T. “Sis” King, 87, of Hampton, died Saturday, September 18, 2021 following a lengthy illness. Sis was born in Rollinsford, NH, August 3, 1934, the daughter of the late Wilfred and Marie (Lavertue) Michaud. She graduated from Dover High School in 1952. Sis was an accomplished athlete and was also President of the Girls’ Athletic Association. She was Captain of three varsity sports: Cheerleading, Basketball, and Softball. Most notably, Sis received the prestigious Babe Ruth Foundation Sportsmanship Award in 1952. As a young professional, Sis worked for the Metropolitan Life Insurance Company where she met the love of her life, “Jack” and then was a homemaker for several years while raising her 2 children. A resident of the Hampton community since 1956, Sis returned to work part time as Assistant to the Town Clerk. In her later years, Sis enjoyed a satisfying career at the Red Lobster and Olive Garden restaurants, employed as a hostess, where she made many great friends greeting and serving the public. She was given a special Service Award in recognition of always going above and beyond. Sis was an active member of the Catholic Women’s Club at Our Lady of the Miraculous Medal Church in Hampton where she spent countless hours volunteering and also in the community with various functions, fundraisers, and civic campaigns. Most importantly, she was a devoted mother and wife, dedicated to her family who are eternally grateful for her unconditional love and support. Everyone loved Sis; she always had a beautiful smile and kind word for those around her. Many called her “Mom” as she touched so many lives. Her favorite saying was, “I love you more”. She will forever be in our hearts. Sis was the devoted wife of the late John W. “Jack” King for 59 years. In addition, she was the loving mother of son, David King, and his wife Patty of Windham, NH, her daughter, Diane (King) Jones, and her husband Leo of Ipswich, MA, and grandchildren, Meagan Baiungo, and her husband Albie, Rachel King, Philip Donovan, John Donovan, and his wife Jennifer, and step granddaughter, Kimberly Jones. Sis adored her three great grandchildren, Eleanor and JD Donovan, and Lyla Baiungo, as well as several nieces and nephews. She is also survived by her sister, Rejane Patterson, and two brothers Wilfred and Roger Michaud. Visiting hours will be-from 9-10:30 A.M. Friday, September 24, 2021 at the Remick & Gendron Funeral Home-Crematory, 811 Lafayette Road, Hampton. A mass of Christian burial will follow at 11 AM in Lady of the Miraculous Medal Church, 289 Lafayette Road, Hampton. Burial will be in the High Street Cemetery, Hampton. Relatives and friends are respectfully invited. In lieu of flowers, the family suggests donations to the American Cancer Society

The family of Cecile "Sis" King created this Life Tributes page to make it easy to share your memories.