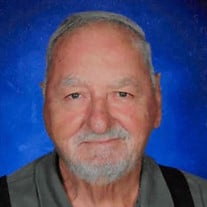 North Hampton – Charles P. Brindamour, Jr., 82, of North Hampton, died Thursday, October 29, 2020 at his home after a brief illness, unrelated to Covid, with family by his side. He was born in Haverhill, MA August 26, 1938 a son of the late Charles P. and Lillian E. (Brindle) Brindamour. Charles was raised in Haverhill and attended Haverhill schools, Hampton Academy and South Broward High School in Hollywood, FL where he graduated. Charlie worked many different jobs. He was employed in his earlier years by Western Electric, Palmer & Sicard and by his brother Bob’s construction company, R.L. Brindamour & Sons. He was also employed as the school lunch director at the North Hampton Elementary School, owned and operated The Kenmore Restaurant summers at Hampton Beach with his wife, and also as a custodian at Stratham Memorial School and North Hampton Elementary School. He retired as the head custodian from the North Hampton Elementary School and later continued part time until 2018. He was also a licensed plumber and Real Estate agent. He was very active in the community, raising funds for youth activities utilizing his cooking skills for spaghetti suppers, dinner theaters and back to school picnics. He served on the Committee to build the Hampton Community Pool and was an active member of the Hampton Beach Chamber of Commerce. As a member and President of Winnacunnet High School Band Boosters, he enjoyed being a chaperone for band trips and events. He also enjoyed chaperoning the North Hampton Elementary School eighth grade trips to Washington, DC. He was involved with the Lions Club and the local Boy Scout Troop. Charlie served as Secretary for the NH School Custodians Association. An avid golfer, he was a member of the Exeter Country Club for many years and enjoyed his poker games with friends. Charlie prided himself on keeping his back yard swimming pool crystal clear, and perfecting his French turkey stuffing at Thanksgiving and pork pies on New Years Day. Charlie shared 57 years of marriage with his wife and best friend, Kay. Just a week ago Friday, they enjoyed their daily “job”, riding through Hampton Beach, which they did everyday. Charlie & Kay enjoyed attending the weekly summer concerts in their spot at the North Hampton Bandstand. They also loved to attend musical performances by their children throughout the years at WHS, UNH and many other places. They were also season ticket holders and supporters of the Ogunquit Playhouse. Charlie was an avid Boston Sports fan, especially the Red Sox and Patriots. In addition to his wife Kay, he leaves three children, Mary Jane Brindamour and her husband Paul “PJ” Blanchette of South Yarmouth, MA; Charles P. “Chip” Brindamour, III and his wife Edith LaFrance-Brindamour of Rye (son, Boston), Michael Brindamour and his wife Emily of North Hampton(sons Joseph and Isaiah and daughter Laurel); his sister Beverly Hollingworth and her husband William Gilligan of Hampton Beach, and brother-in-law Edward Carter and his wife Lynne of Merrimack, MA; several nieces and nephews. In addition to his parents, he was predeceased by his siblings Robert and Raymond Brindamour, Olive LaRivierre and Joan Maietta. Visiting hours will be from 4-6 P.M. Monday, November 2, 2020 at the Remick & Gendron Funeral Home-Crematory, 811 Lafayette Road, Hampton. Services will be held at 11 A.M. Tuesday, November 3, 2020 in the funeral home. Relatives and friends are respectfully invited, with attendees following CDC guidelines. In lieu of traditional remembrances, donations may be made to the New Hampshire SPCA

The family of Charles P. Brindamour, Jr. created this Life Tributes page to make it easy to share your memories.