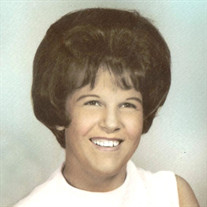 Hampton – Charlotte R. Sullivan, 75, of Hampton, died Tuesday, April 3, 2018 at Exeter Hospital after a long struggle with lung cancer. Her loving family was by her side. She was born in Seabrook, November 18, 1942 a daughter of the late Daniel E. and Ruth H. (Bailey) Janvrin, Jr. Her father was killed in action fighting with General Patton’s 3rd Army Infantry Division on November 12, 1944 while reaching the Rhine River in Southern France. Charlotte was only two years old at the time. Charlotte attended Newburyport and Winnacunnet High Schools. She worked in the computer industry for a time but was most dedicated as a Mom, homemaker and grandmother. She enjoyed her summers with the family camping at Hermit Island in Maine, was an avid Boston Red Sox and New England Patriots fan. She was a member of the Hampton Firefighter’s Ladies Auxiliary as well as the Ladies Auxiliary of Seabrook American Legion Post 70. She shared 49 years of marriage with her husband, former Hampton Fire Chief William H. “Skip” Sullivan. In addition to her husband, family members include two daughters, Sheryl Sullivan of Seabrook, Kimberly Martin and her husband Robert of Epping, her son, Steven Sullivan and his wife Tammy of Sanford, ME, six grandchildren, Derek, Ryan and Kylie Martin, Alexis and Christopher Sullivan and Brianna Jones, her two sisters, Tammy Wright and Dorothy Saracy both of Seabrook, nieces and nephews. She was predeceased by her son Brett D. Sullivan and also by her brother Russell Janvrin. Visiting hours will be held from 4-7 P.M. Sunday, April 8, 2018 at the Remick & Gendron Funeral Home-Crematory, Hampton. A brief prayer service will immediately follow at 7 P.M. Relatives and friends are respectfully invited. In lieu of flowers donations may be made to Hampton Firefighters Charitable Organization, 140 Winnacunnet Road, Hampton, NH 03842.

Hampton &#8211; Charlotte R. Sullivan, 75, of Hampton, died Tuesday, April 3, 2018 at Exeter Hospital after a long struggle with lung cancer. Her loving family was by her side. She was born in Seabrook, November 18, 1942 a daughter of the... View Obituary & Service Information

The family of Charlotte R. Sullivan created this Life Tributes page to make it easy to share your memories.