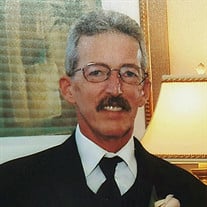 Rye- Christopher Neddy, 61, of Rye and a former longtime resident of Seabrook Beach, passed away on Thursday January 19, 2017 after a courageous battle with cancer. Born in Methuen, MA, on June 7, 1955, Chris was the son of the late Donald and Claire (McNamee) Neddy. The Neddy family moved to Seabrook Beach when Chris was a child. It was here he attended elementary school and then later graduated from Winnacunnet High School with the Class of 1973. He worked as a Plumber at Gary's Plumbing and Heating in Hampton and held several other jobs in the Seacoast area. He worked most recently at The Golden Egg in Portsmouth, where, over the last fifteen years he was fortunate to have made many friends. Chris loved all Boston sports teams, especially the Red Sox. He possessed a keen, very sharp mind and had an innate ability to store and recall facts about his favorite teams and players that amazed everyone he met. He enjoyed times at the beach that almost always included stops at Ceal's Clam Stand. Chris also loved music and could listen to the radio and tell you the title and the artist of nearly every song as well as the year it was released. He was extremely proud of his children and grandchildren and spoke of them often. He was also proud of his 18 years of sobriety, which his family was as well. He was a great father and a good friend and he will be deeply missed. He is survived by his daughters, Amanda Neddy-Walker and her husband, Andy of Somersworth, Tanya Neddy and her partner Chris Jensen of Hampton and Danielle Neddy and Jonathan Maziarz of Portsmouth, his granddaughter Anna Walker and his grandsons Hunter, Oliver, and Lucas Maziarz. He also leaves his brother, Mark Neddy and his wife Aimee of Ohio, his sister Lisa Aylward of Merrimac, MA, and many nieces and nephews. He was predeceased by his sister, Maribeth Turcotte. The family invites you to join them in celebrating Chris' life from 4-7 pm on Thursday, January 26, 2017 at The Urban Farmhouse Eatery, 184 Lafayette Rd., North Hampton. If desired, memorial donations may be made to the Seacoast Cancer Center, c/o Wentworth-Douglass Foundation, 789 Central Ave., Dover, NH 03820.

Rye- Christopher Neddy, 61, of Rye and a former longtime resident of Seabrook Beach, passed away on Thursday January 19, 2017 after a courageous battle with cancer. Born in Methuen, MA, on June 7, 1955, Chris was the son of the late Donald... View Obituary & Service Information

The family of Christopher Neddy created this Life Tributes page to make it easy to share your memories.

Rye- Christopher Neddy, 61, of Rye and a former longtime resident...

Send flowers to the Neddy family.