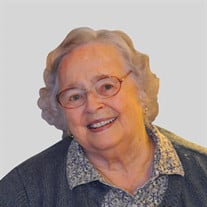 Mixter, Clara (Claire) Fowler, age 89, of Exeter, NH, formerly of North Hampton, NH, and Milwaukee (Whitefish Bay), WI died peacefully surrounded by family, friends and caregivers on Thursday, January 11, 2018, at RiverWoods Monadnock Lodge in Exeter. She was born September 3, 1928 in Brookline, MA, daughter of the late William P. Fowler and Ellen Sprague Fowler. She attended Park and Runkle Schools in Brookline, MA, graduated from Dana Hall high school (Wellesley, MA) and received her degree in Early Childhood Education from Garland College (Boston, MA). She taught kindergarten at Milwaukee Downer Seminary in Milwaukee, WI where she met and eventually married Henry F. Mixter (also of Brookline, MA). During her life in Milwaukee, she was a Sunday school teacher and Altar Guild member at St. Mark’s Episcopal Church, a member and past-president of the Whitefish Bay Garden Club, a member of the Junior League of Milwaukee, the Whitefish Bay Woman’s Club, active in the PTA at Cumberland School, and taught disadvantaged youth in Milwaukee. Claire cared deeply about others and throughout her life constantly welcomed others into her circle, whether adding neighbors to family vacations, teaching children of all backgrounds, or planning holiday meals to include those were alone. After years of community involvement, 1985, Claire and Henry retired to North Hampton, NH, close to Claire’s family. In the last third of their lives, both remained active community members and loved entertaining family and friends in the home they built off Hobbs Road in North Hampton. Claire was a prolific communicator, keeping in touch by phone and mail with many. They were part of the Christ Church, Exeter community. Claire was an active volunteer at the Moffatt-Ladd House, Portsmouth, NH, a member and past-president of the Rye Beach Little Boar's Head Garden Club, and was a long-standing member of the National Society of the Colonial Dames of America in The State of New Hampshire. In 2003, Claire and Henry transitioned to RiverWoods, a thriving retirement community in Exeter. She enjoyed making Nantucket baskets and loved getting to know residents and the wonderful staff in the independent, assisted and eventually, skilled nursing areas of this vibrant community. RiverWoods was her home for her last 15 years, and she felt that many caregivers were as close to her as family members. Claire is survived by sister, Susan Boies, North Hampton, NH; children Ellen Mixter-Keller, Wauwatosa, WI; Katharine Mixter Mayne (Jeffrey), Fulton, MO; Philip F. Mixter (Alison), Pullman, WA; step son, Benjamin A. Mixter (Terri), Palmetto, FL; eight grandchildren and five great-grandchildren. She was predeceased by her parents, her husband of 58 years Henry F. Mixter, her brother Richard Fowler, Hanover, NH and her step son Henry F. Mixter, Jr. The family would like to express their thanks to each and every RiverWoods employee where Claire and Henry received exemplary care and kindness. Special thanks to Mary Boucher, Geriatric Care Manager and COO, and Jean Vincent, personal care assistant, from Extended Family in Portsmouth, NH who helped Claire negotiate her later years. The family also appreciates the compassionate hospice care Claire received from Constellation Hospice, Newburyport, MA in her last month. A Celebration of Life reception will be held at 2:00 PM Friday, July 13, 2018 in the RiverWoods Great Bay Room, 7 Riverwoods Drive, Exeter, NH 03833. In lieu of flowers, the family suggests memorial donations to the RiverWoods Benevolence Fund, 7 RiverWoods Drive, Exeter, NH 03833; Christ Church, 43 Pine St, Exeter, NH 03833; or the Moffatt Ladd House, 154 Market St, Portsmouth, NH 03801.

The family of Clara Fowler "Claire" Mixter created this Life Tributes page to make it easy to share your memories.

Send flowers to the Mixter family.