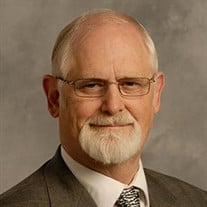 North Hampton – Clifford “Craig” Heindel, MD, 78, most recently of North Hampton and formerly of New Castle, died unexpectedly, Friday, December 29, 2017 at Portsmouth Regional Hospital. He was born in Chattanooga, TN February 15, 1939 the son of the late Judson C. and Mary W. (Craig) Heindel. Dr. Heindel was raised in Chattanooga and graduated from the Baylor School before receiving his undergraduate and medical training from University of North Carolina at Chapel Hill. He served as a neurosurgeon at St. Mary Hospital and Central Maine Medical Center in Lewiston, ME from 1980-1997. After moving to the seacoast in 1997 he served at Wentworth-Douglas Hospital in Dover, Exeter Hospital, Parkland Medical Center in Derry and was affiliated at Portsmouth Regional Hospital with Coastal New Hampshire Neurosurgeons at the time of his death. Dr. Heindel was an avid downhill skier, had a love for the water, sailing and kayaking, was a passionate cook and loved the family cabin in the Adirondacks built by his father in the depression. He was a member of the Medical Ethics Board at Portsmouth Regional Hospital and in his earlier years served with the US Army Reserves. He shared 24 years of marriage with his wife, Margaret “Margie” Heindel. In addition to his wife, family members include six children, Christian Heindel of Athens, GA, Stephanie Heindel, MD of Corvallis, OR, Clifford Heindel, Jr., Justine Matthews both of Durham, NC, Annaliese and Gretchen Heindel both of North Hampton, and his grandson, Montgomery Matthews. Visiting hours will be from 5-7 P.M. Wednesday January 3, 2018 at the Remick & Gendron Funeral Home-Crematory, 811 Lafayette Road, Hampton. Services will be held at 11 A.M. Thursday, January 4, 2018 in the funeral home. Friends are respectfully invited. In lieu of flowers, donations may be made to Krempels Center, 100 Campus Drive, Suite 24, Portsmouth, NH 03801, www.krempelscenter.org.

The family of Clifford Craig Heindel MD created this Life Tributes page to make it easy to share your memories.