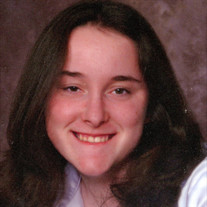 Exeter - Cordelia Bliss White of Exeter died on August 10th, her 34th birthday after a brief pulmonary illness. She lived a very courageous life, having been born prematurely at Brigham and Women’s Hospital in Boston. Throughout her life, she valiantly struggled with health and other issues. Cordelia grew up in Rye and attended the Rye schools. She spent countless hours listening to stories and reading at the Rye Public Library. A 2006 graduate of Winnacunnet High School, she was also a member of Friends in Action. Following high school, she joined Ethel’s Tree of Life, an organization that teaches life skills for young adults with various challenges. Cordelia was a devoted volunteer and strong advocate for people with disabilities. She completed the New Hampshire Leadership Series; she was on the YEAH Council for young adults with special healthcare needs; and she trained as a volunteer advocate for special education. She was appointed by the governor to the Developmental Disabilities Council in Concord, serving a three-year term. Additionally, she was a founding member of SALT; Self Advocacy Leadership Training, that is supported by the DD Council. Cordelia was faithful, loyal, kindhearted, and loving. She had a strong voice and a memorable laugh. Each day, she spent time on Facebook, connecting to family and friends. Her interests included baking and cake decorating, as well as visiting many points of interest throughout the state, leading her to complete the training for the New Hampshire Ambassadors. She enjoyed everything associated with the Wizard of Oz, Mr. Rogers, Disney and Sesame Street— deeply identifying with the stories and characters. On her 34th birthday, she posted a March of Dimes fundraising campaign on Facebook, asking friends and family to make donations in lieu of gifts. This was Cordelia’s lasting spirit and legacy—caring for others in need. Cordelia is survived by her mother and stepfather, Elizabeth and Stephen Volpone of Hampton Falls; her father Peter of Rye; her brother David of Chengdu, China; her grandmother Jean White of Chatham, New Jersey; her aunts and uncles: Margaret Ost of New York City; Frederick and Katherine Ost of Summit, New Jersey; Richard and Kerstin White, of Exeter; Donald White of New York City and five cousins. A Celebration of Life will be held at 11 A.M. Friday, August 23rd 2019 at the Rye Congregational Church, 580 Washington Road, Rye. Donations in Cordelia’s memory can be made to the Richie McFarland Childrens Center and Farmsteads of New England

Exeter - Cordelia Bliss White of Exeter died on August 10th, her 34th birthday after a brief pulmonary illness. She lived a very courageous life, having been born prematurely at Brigham and Women&#8217;s Hospital in Boston. Throughout her... View Obituary & Service Information

The family of Cordelia Bliss White created this Life Tributes page to make it easy to share your memories.