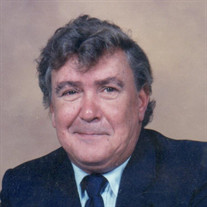 Seabrook – Corydon F. Perkins, Jr., (Jim) 73, of Seabrook, died Saturday, August 13, 2016 at his home with family by his side. He was born in Newburyport, Mass., December 22, 1942 a son of Corydon F. Perkins, Sr. of Seabrook and the late Alice (Kamon) Perkins. He shared 28 years of marriage with his wife, the late Barbara A. (Lindie) Perkins. She predeceased him on June 22, 2016. Mr. Perkins was employed as a master electrician with Parson’s Electric for 36 years. He was an avid hunter, fisherman, lobsterman, enjoyed clamming, watching football and the Red Sox, but most importantly, spending time with his family. He enjoyed participating with the Seabrook Militia and was a member of the Sons of the American Legion of the Raymond E. Walton American Legion Post 70 of Seabrook. In addition to his father, family members include his children, Jacqueline Pegram and her fiancée “V” of Phoenix, AZ, Victoria Buttrick and her husband Todd of Fremont, Wendy Michaud and her husband David of Seabrook, Amy Bregy and her husband Todd, Devin White and his wife Debra all of Berwick, ME, 12 grandchildren, 4 great grandchildren, three sisters, Joyce Addison, Patricia Perkins, Candace Dow all of Seabrook, his lifelong friends, William Bowley, Kirk Brown and cousin Harry Perkins and many nieces and nephews. Visiting hours will be from 11 A.M. to 1 P.M. Wednesday, August 17, 2016 in the Remick & Gendron Funeral Home-Crematory, 811 Lafayette Road, Hampton. Services will immediately follow at 1 P.M. in the funeral home. Burial will follow in Hillside Cemetery, Seabrook. Relatives and friends are respectfully invited. Flowers will be accepted, or if desired, donations may be made to the American Cancer Society, 30 Speen Street, Framingham, MA 01701 or go to www.cancer.org.

The family of Corydon F. Perkins Jr. created this Life Tributes page to make it easy to share your memories.