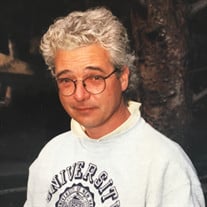 Rye – Daniel F. “Dano” Byrne, 64, of Rye, died peacefully on Monday, January 2, 2017 at his home. He was born on April 12, 1952 in Cambridge, MA, the son of the late Gerald and Marjorie (McCann) Byrne. Raised in Exeter, he graduated from Exeter High School with the Class of 1970. He went on to attend UNH and later Providence College; spending a year in between schools skiing in Aspen, CO. He met his future wife, the late Louise DePrefontaine and moved to Barrington, Rhode Island, where they spent a couple of years before moving to Corona del Mar in California. After 15 years on the west coast he returned to the east coast, spending 8 years in Chatham, New Jersey, then moving to Rye, New Hampshire, where he resided until his passing. Dan worked as a finish carpenter as well as a supervisor for various construction companies his whole life. He enjoyed golf, shooting pool, liars poker, cooking, skiing and sailing. Most of all, he dedicated his life to his daughter, Kelsey Byrne of Newmarket. At Dan’s request all services will be private.

The family of Daniel F. "Dano" Byrne created this Life Tributes page to make it easy to share your memories.

Send flowers to the Byrne family.