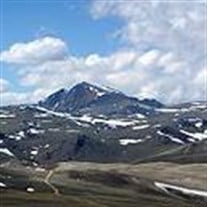 Hampton Falls – Darryl Conte, 68, of Hampton Falls passed away following a brief illness on Friday, April 12, 2019 at Exeter Hospital surrounded by his loving and caring family. Darryl was born on July 13, 1950 in Winchester, MA, son of the late Oscar and Margaret (Evans) Conte. He shared 50 years of marriage with the love of his life, Brenda (Lambert) Conte of Hampton Falls. He was raised in Reading, MA and graduated from Reading High School. Darryl was an accomplished student and athlete, earning his Bachelor’s Degree in Zoology from the University of New Hampshire under a full athletic scholarship for baseball. Darryl survived a serious occupational accident at 39. The thirty years which followed mark his inspiring journey of recovery and innumerable second chances in light of his profound endurance and resistance against defeat. He learned to walk again; he took up running, cherishing beach runs with his teenage daughters; he was present for his children during their years in college; he celebrated his children's weddings and the births of his six grandchildren; he supported his wife in her need, and so much more. Darryl was a hard worker and each of his children have benefited from his many lessons, from mechanics to painting, vocabulary to mathematics, the sciences and poetry. In recent years he helped launch his son’s electrical contracting company, where he was an icon among their clients, contractors and the supply houses. He loved his job and was truly admired by all those with whom and for whom he worked. Above all, Darryl was deeply devoted to his family and selflessly gave everything he had to them. In addition to his beloved wife Brenda, Darryl is survived by his sons, Darryl Jr. and wife, Jennifer Perez, Aaron and wife, Ann, and daughters Christine and husband, Chad Arlington and Sarah and husband, Ethan Bickford; grandchildren Laura, Caroline, Sarah and Mason Conte, and Emily and Leiland Arlington; and sidekick and driving mate, his beloved dog Gepetto. Darryl also leaves behind his sisters, Elizabeth Disisto and Valerie Conte, five brothers, nieces and nephews and a great many friends. Services will be held at a later date.

The family of Darryl Conte created this Life Tributes page to make it easy to share your memories.

Send flowers to the Conte family.