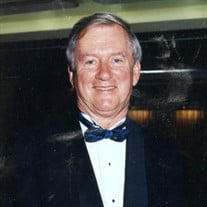 Hampton Falls – If a person is meant to live their life with passion and a sense of adventure, David Edward Ahearn truly excelled. David was born in Springfield, Massachusetts on the 14th of August, 1942. His father Edward David Ahearn was a carpet designer and his mother Clara (Nicholas) Ahearn was a housewife. When David was five years old his family moved to Clinton, Massachusetts, where he lived until he entered University. David was very proud of the fact that he was expelled from every parochial school he ever attended. He started his high school career at St. John’s Prep in Worcester and was escorted out the door by the end of his sophomore year. He finished his high school education at Clinton High School in 1960. He played basketball with great enthusiasm. After winning a prestigious scholarship David started his college education at Saint Anslem’s College in Manchester, New Hampshire. True to form, David was asked to never return at the end of his sophomore year. He then entered Boston University where he studied Economics. David always said that BU saved his life. David was a born salesman; handsome, intelligent and charming, he advanced his career quickly. He worked for Roche Pharmaceuticals for many years as a medical center representative. He covered most of the major Boston Hospitals, Tufts New England Medical Center, now known as Tufts Medical Center, was his favorite hospital, which would prove to be fortuitous. David almost finished his master’s degree at Northeastern in Public Health, he always regretted not taking those last two courses. In a total reversal, in the 1970’s David and his former partner, James Dubovick started a wire and cable company, Colonial Wire and Cable in Chelmsford, Massachusetts. Again, David’s skill in salesmanship helped to make Colonial very successful. They sold the company in 1984. David then went out on his own and built Wire Techniques, also a wire, cable and contract manufacturing company, which he has run consistently until his death. Wire Techniques is located in Amesbury, Massachusetts. David had three major passions and the first was his love of horses. He visited Saratoga Racecourse as a child and was immediately entranced. He owned many successful horses over the years, Just A Thought, Boomtown Boy, Krypyonic just to name a few. David always said that the smell of a horse barn early in the morning was one of his favorite things. Many, many mornings were happily spent watching horses work out at Suffolk Downs, it was a true joy to him. In the early 1980’s David met Elaine Andrews, who would become his wife. This is when the real adventure began. He often said” She wrapped up the world and gave it to me.” He collected globes for her through out the many years they spent together. They traveled extensively and the world opened up for David. They managed to see every great Horse Race in the world from The Melbourne Cup, Cheltenham, The Japan Cup, The Arc ’de Triomphe and many more. They made long lasting friendships with other “Horse People” all over the world. In 1989 David and Elaine moved to the seacoast of New Hampshire. If you love politics, New Hampshire is the place to live. David was a dedicated Democrat and he worked on every Presidential Primary Race, every election, state or local. In 2010 David, won the election for Rockingham County Treasurer. He was the first Democrat to win an election in Rockingham County in 27 years. He was thrilled He was absolutely thrilled, and he really enjoyed the work. Amost 30 years ago David and Elaine bought an antique house, built in 1783, in Hampton Falls, New Hampshire. She restored it, and he argued and complained but she persisted. He was so happy that she ignored him because he loves this house. They named it Pitlochry Farm, after a village in Scotland that meant so much to them both. David died of severe heart failure in front of his favorite fireplace, surrounded by his wife and many people who loved him. David married Frances McCarthy when he was only 21 years old. That marriage ended in divorce. David leaves his wife Elaine Andrews Ahearn, three daughters Sharon Mele of Holden, Massachusetts, Linda Sullivan of Leominster, Massachusetts, and Janice Bissionette of Leominster, Massachusetts. His stepchildren Alisha Roberts of Hampton Falls, New Hampshire, AJ Morabito of Hampton, New Hampshire and Matthew Morabito of Freeport, Maine. His sister Judy Davidson lives in Clinton, Massachusetts. David’s heart problems were long standing and quite complicated. It was through the excellence and commitment of the cardiac team at Tufts Medical Center that David lived as long as he did and had such a good quality of life. In lieu of flowers please send donations to Tufts Medical Center Development Office 800 Washington Street #231, Boston, Massachusetts 02111. There will be a burial service in Hampton Falls, in the Oaklawn Cemetery on Wednesday, September 16th at 11:00 AM. There will be a Celebration of Life Gathering outside at Pitlochry Farm, 195 Exeter Road, Hampton Falls on Saturday, October 10th from 2:00 to 4:00.

Hampton Falls &#8211; If a person is meant to live their life with passion and a sense of adventure, David Edward Ahearn truly excelled. David was born in Springfield, Massachusetts on the 14th of August, 1942. His father Edward David Ahearn... View Obituary & Service Information

The family of David Edward Ahearn created this Life Tributes page to make it easy to share your memories.

Hampton Falls – If a person is meant to live their life with...