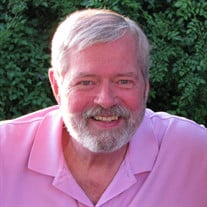 North Hampton – David Blair Buber, 70, passed away peacefully on Friday, May 12, 2017 at the Portsmouth Hospital with his devoted and loving family at his bedside. Born in New Britain, CT on March 17, 1947, David was the son of Arlene and Del. He was raised in Avon, CT and graduated from Avon High School. He enlisted in the United States Marine Corps and served his country proudly with the Marine Corps Special Operations Command, as well as providing personal security for countless visiting dignitaries in the US Embassies of Moscow and Rome. Upon his honorable discharge, David returned to school, earning his Bachelor’s Degree from the former New Hampshire College, and began his professional career in the wire and cable industry with Madison Wire and Cable Company of Worcester, MA. He then worked for Simplex Wire and Cable Company of Newington, NH acquiring the position of Vice President of Operations. He was particularly proud of his part in the development, manufacture and successful deployment of TAT8, the world’s first transatlantic submarine telecommunications cable developed for AT&T in 1985, as its Program Manager. He continued his career with another Tyco subsidiary at The Rochester Corporation of Culpepper, VA as their Vice President of Operations until 2000. After retiring, he shared his knowledge as an independent contractor, providing consulting services to the wire and cable industry in Italy and Japan. David was a faithful, hard-working man who was totally devoted to his family and friends. He cared about his community, serving on the North Hampton Zoning Board of Adjustment for over six years; as Chairman for three years. He believed in its structure, fairness, and adherence to the laws of the State of New Hampshire and the Town of North Hampton for its future enjoyment. David enjoyed the beauty of his surroundings, often quipping that “it’s better than Newark”…when appreciating the ocean, wide open spaces, and magnificent horses at Runnymede Farm that he watched from his home. He enjoyed hunting and fishing, and treasured times talking about weapons and ballistics with his son, nephews, brother-in-law and friends. Known for his quotes, sayings and brilliant mind, David hosted a vast knowledge of just about everything. He was our “go to” man without a computer, and he relished a lively debate. He leaves his beloved wife, Marcia (Raynes) Hannon-Buber; his son Scott A. Buber of Nashua; his stepson, Michael Hannon and his wife Melissa of Kents Hill, Maine; his sisters, Beth-Ann Schmid and her husband, David of Macedonia, OH, and Ellen Gustafson and her husband of Colchester, CT. David is also survived by his sister-in-law, Karen Raynes of Hampton; his grandchildren, A.J., Alyssa, Graham, Luca, Josie, and Lena; his great granddaughter Bralee, and several, nieces, nephews, cousins and their families. There will be no calling hours. A Mass of Christian Burial will be celebrated at 10 AM on Friday, July 7, 2017 in St. Theresa Parish, 814 Central Road, Rye Beach, NH. Relatives and friends are respectfully invited. Burial will be private. In lieu of flowers, consider donating to Wags for Warriors at www.wags4warriors.org or a program of your choice. Please remember David with a prayer and with a special kindness to someone in his memory.

North Hampton &#8211; David Blair Buber, 70, passed away peacefully on Friday, May 12, 2017 at the Portsmouth Hospital with his devoted and loving family at his bedside. Born in New Britain, CT on March 17, 1947, David was the son of Arlene... View Obituary & Service Information

The family of David B. Buber created this Life Tributes page to make it easy to share your memories.

Send flowers to the Buber family.