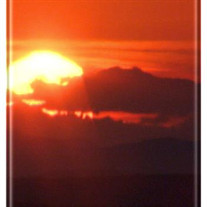 Hampton – David C. MacDonald, 79, of Hampton, died Wednesday, December 30, 2015 at Exeter Center after a period of failing health. He was born in Somerville, Mass., August 4, 1936 a son of the late J. Ralph and Constance (Fuchs) MacDonald. David was raised in Stoneham, Mass., and attended Northeastern University and Wentworth Institute of Technology. He was a veteran serving with US Navy onboard the USS Beale (DD-471). Mr. MacDonald worked as a self-employed carpenter and contractor for many years. He was a longtime communicant of Our Lady of the Miraculous Medal Parish. His family was most important and he will be remembered for loving his family and also making his huge homemade popsicles, chicken dinners and PaPa soup for his grandchildren. He leaves the love of his life, whom he shared 52 years of marriage with, Barbara J. (Degnan) MacDonald, four children, David C. MacDonald, Jr., of North Hampton, J. Ralph MacDonald, III and wife Cathryn of Exeter, Elizabeth M. Devaney and husband William of Stratham, Dianne M. Montanile and husband Jack of Bradford, Mass., ten grandchildren, Bryan, Matthew, Melanie, Luke, Nicole, Liesel, Will, Jonathan, Julia and Samuel, two brothers, Paul MacDonald of Manchester, Peter MacDonald of Osterville, Mass., four sisters, Virginia Eldracher of New Jersey, Martha Smith of Hilton Head, SC, Constance Benotti of Kingston, Mass., Patricia Wilkens of Methuen, Mass. and many nieces and nephews. He was predeceased by his brother Joseph, who was the recipient of a kidney donated to him by his brother David in 1976. Visiting hours will be from 9:30 - 11:45 A.M. Saturday, January 2, 2016 at the Remick & Gendron Funeral Home-Crematory, 811 Lafayette Road, Hampton. A mass of Christian burial will be celebrated at 12 noon Saturday at Our Lady of the Miraculous Medal Church, 289 Lafayette Road, Hampton. Relatives and friends are respectfully invited. In lieu of flowers, donations may be made to St. Jude Children’s Research Hospital, PO Box 1000 Dept. 142, Memphis, TN 38101-9908 www.stjude.org/GiveThanks‎ or the Juvenile Diabetes Research Foundation, 26 Broadway, 14th Floor, New York, NY 10004 www.jdrf.org

The family of David C. MacDonald created this Life Tributes page to make it easy to share your memories.