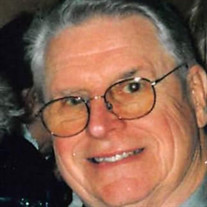 Hampton – David William Shaughnessy, Sr., 88, of Hampton, passed away peacefully on Monday, January 10, 2022 at his daughter’s home in Hampton after an extended illness. He was born in Belmont, MA on August 10, 1933, 1 of 6 sons to the late Daniel and Hester (DeVoy) Shaughnessy. David shared over 67 years of marriage with his beloved wife, Mary Anne (Downey) Shaughnessy. He was raised in Belmont and graduated from Belmont High School with the Class of 1951. He enlisted in the United States Marine Corps shortly after high school and upon his honorable discharge, went to work for the former New England Telephone. He and Mary Anne were married on Easter, 1954 and the young couple settled in Arlington, MA to raise their family. While in Arlington, David was member of the Irish American Club and was a faithful communicant of St. Camillus Parish for over 60 years, serving his church as an usher and as a member of the Knights of Columbus. David retired from AT&T in 1985 after more than 25 years with the company and then went to work for Dodge Chemical of Cambridge for the next 10 years. He and Mary Anne relocated to Hampton in 2019 to be near family. David was a thoughtful, hard-working and honorable man who was entirely dedicated to his family. He was also a great friend and the perfect neighbor, always giving of himself and his time to help others in their time of need. In addition to Mary Anne, David is survived by his children, Peggy Shaughnessy and husband, Eric Blackmer of Peterborough, Patricia Shaughnessy of Norwood, MA, Paula MacVane and husband, James of Newmarket, NH, Nancy Marty and husband, Thomas of Hampton and David Shaughnessy Jr. and Claire Becker of Florida. He also leaves his 17 grandchildren, 17 great grandchildren and 1 great great grandchild. He was predeceased by his son, Dennis, his daughter, Kathleen and his brothers, Robert, Donald, Daniel, Edward and John. There will be no visiting hours. A Mass of Christian Burial will be celebrated at 1130 am on Tuesday, January 25, 2022 at the St. Camillus Parish Church, 1185 Concord Tpke, Arlington, MA. The Mass is livestreamed and can viewed at https://cparl.org/ . Burial will follow in St. Patrick's Cemetery, Watertown, MA. In lieu of flowers, memorial donations may be made to St Jude Children’s Research Hospital, ALSAC/St. Jude Children's Research Hospital, 501 St. Jude Place, Memphis, TN 38105

The family of David W. Shaughnessy Sr. created this Life Tributes page to make it easy to share your memories.

Send flowers to the Shaughnessy family.